Born in Graz, Styria, Bellowitsch trained as a primary school teacher before becoming, in 1996, a presenter at a commercial radio station in Styria (Antenne Steiermark). Since 2000, she has been working for the ORF, both for Hitradio Ö3 and children's television, in particular a weekly and a daily programme called Forscherexpress ("Researchers' Express"), where children are introduced into the world of science, and Drachenschatz (Dragon's treasure), which is a quiz show for children. She co-hosts in both of them with Thomas Brezina.

In February 2010, she was a presenter at the Vienna Opera Ball.

Since 2011, upon Austria's return to the Eurovision Song Contest, she has announced the points given to other countries from Austria during the voting phase of the evening in every but one edition. Many commentators have said that Bellowitsch has similarities with Céline Dion or Jennifer Aniston. In the Eurovision Song Contest 2014 voting phase she appeared with a fake beard in support of Austria's participant of 2014, Conchita Wurst, who later won the contest. After Austria's victory, she was considered a favorite to host the 2015 contest. She was not chosen but continued her role as the spokesperson and then again in 2016. Bellowitsch didn't announce the points of Austria in the 2017 Eurovision Song Contest in Kiev, because of her pregnancy; Kristina Inof did so instead. However, she returned to the role in 2018.

The contents of this page are sourced from Wikipedia article on 10 Mar 2020. The contents are available under the CC BY-SA 4.0 license.
View Katharina Bellowitsch 's image gallery
Image Gallery 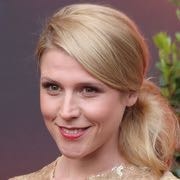