Kate Williams (born in 1941 in London, England, UK) is an English actress from London who trained at London's East 15 Acting School.

She remains best known for three television roles: Joan Booth in the 1970s sitcom Love Thy Neighbour; Teresa in the 1971 BBC play Edna, the Inebriate Woman; and Audrey Withey in the crime drama Widows (1983). She reprised the role of Audrey in both Widows 2 (1985), and in the "ten years later" sequel She's Out (1995). Kate Williams and Ann Mitchell, as Dolly Rawlins, were the only members of the original Widows cast to return.

Guest roles on TV include: Dixon of Dock Green, On the Buses, Please Sir!, Minder, The Gentle Touch, Just Good Friends, C.A.T.S. Eyes, Only Fools and Horses, May to December, Murder Most Horrid, Lovejoy,Doctor At Large, Born and Bred, and The Bill.

More recently, she was a regular cast member of the Channel 5 soap opera Family Affairs as Myra Costello. Williams also appeared in the BBC's popular soap opera EastEnders in 2006 playing Liz Turner. Williams returned as a regular character in 2009, reuniting her with her Love Thy Neighbour co-Star Rudolph Walker. In 2010, it was announced that the character of Liz Turner was to be axed. Williams was last seen in the role in August 2010.

In January 2016, Kate played the role of Sharon and Tracey's 'Auntie' Vera on Birds of a Feather.

Williams is currently a teacher and director on the Acting degree course at the Italia Conti Academy of Theatre Arts in Clapham. She directed the 2009 graduating acting students in Les Belles Soeurs by Michel Tremblay. 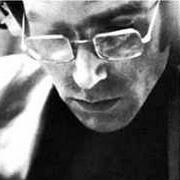