Katarina Witt (born 3 December 1965) is a retired German figure skater. Witt won two Olympic gold medals for East Germany, first at the 1984 Sarajevo Olympics and the second in 1988 at the Calgary Olympics. She is a four-time World champion (1984, 1985, 1987, 1988) and twice World silver medalist (1982, 1986). A feat only equalled by Sonja Henie among female skaters, Witt won six consecutive European Championships (1983–1988). Her competitive record makes her one of the most successful figure skaters of all time.

Witt was born in Staaken in East Germany, just outside West Berlin, which is today part of Berlin. Her mother worked in a hospital as a physiotherapist and her father was a farmer. She went to school in Karl-Marx-Stadt (which today has reverted to its pre-war name of Chemnitz). There she attended Kinder- und Jugendsportschule, a special school for athletically talented children. Witt at the 1986 World Championships Witt at the 1988 Calgary Olympics

Witt made her first appearance in a major international competition at the 1979 European Championships, finishing 14th at the event. She placed on a major podium for the first time in 1982, winning silver at both the European and World Championships. The next season, she won her first European title but finished off the World podium in fourth place.

In 1984, Witt was voted "GDR female athlete of the year" by the readers of the East German newspaper Junge Welt. She narrowly won the 1984 Olympic title in Sarajevo, Yugoslavia, over the favoured contender, reigning World champion Rosalynn Sumners of the United States. Witt and Sumners held the top two spots heading into the Olympic free skate, which was worth fifty percent of the total score. Witt landed three triple jumps in her free skate program, and the judges left room for Sumners to win the event. Sumners scaled back two of her jumps and Witt won the long program by one-tenth of a point on one judge's scorecard. Witt then went on to win her first World title.

Witt successfully defended her World title in 1985 but placed second to American Debi Thomas the following year. In 1987, Witt won her third World title. Although Witt finished fifth in compulsory figures, which meant that Thomas could finish second in both the short and long programs and still retain the World title, Thomas' 7th place in the short program put the two skaters on a level playing field ahead of the free skate. In fact, five skaters entered the long program in strong contention for the gold- Kira Ivanova, Witt, Thomas, Elizabeth Manley, and Caryn Kadavy, all needing to only win the long program (or win the long program and beat Kira by two places in the long program in the case of Manley and Kadavy) to win. Skating last and under immense pressure with both Kadavy and Thomas having earlier turned in brilliant performances, Witt landed five triple jumps, including a clean triple loop jump (Thomas had two footed her triple-loop attempt, and while Kadavy had done two successful triple loops, she had also popped several triple and double-axel attempts). Even on a night of brilliant skating by a majority of the notable competitors, with convincingly both the best technical and artistic marks of the night, Witt was ranked first by seven of the seven judges, and reclaimed her World title.

Both Witt and Thomas were favoured contenders at the 1988 Winter Olympics in Calgary, Canada. Their rivalry was known as the "Battle of the Carmens", as each woman had independently elected to skate her long program to music from Bizet's opera Carmen. They held the top two spots after the compulsory figures and the short program. Witt was third in the compulsories, behind Kira Ivanova and Thomas before winning the short program with Thomas second. In her long program, Witt landed four triple jumps and downgraded her planned triple-loop jump to a double loop. This left room for Thomas to win the long program, but Thomas missed three of her five planned triple jumps. Canadian skater Elizabeth Manley won the long program convincingly over Witt (seven judges to two), but Witt retained her Olympic title based on her overall scores (she had finished ahead of Manley in both the compulsory figures and the short program). Witt became only the second woman in figure skating history (after Sonja Henie) to defend her Olympic title. Had Manley not narrowly lost second place to Thomas in the short program (by one judge), or Witt not narrowly held onto second place over Ito in the long program (on a 6-3 split), Manley would have defeated Witt for the overall gold medal.

To honour Witt and her win in Calgary, North Korea issued miniature sheets with three large pictures of Witt on the ice. Time magazine called her "the most beautiful face of socialism."

In 1988, Witt started a professional career – rare for East-German athletes. She spent three years on tour in the United States with Brian Boitano, also an Olympic champion. Their show, "Witt and Boitano Skating", was so successful that for the first time in ten years, New York's Madison Square Garden was sold out for an ice show. Later, she continued at Holiday on Ice in the United States and in western Europe. She also became an actress in the film Carmen on Ice (1989), which expanded upon her gold-medal free program in Calgary. In 1990, she received an Emmy Award for her role in this film.

In 1994, Witt made a comeback to the competitive-skating scene, coached again by Jutta Müller. She finished second at the German Championships behind Tanja Szewczenko with Marina Kielmann third. Witt's first international competition for the reunified country of Germany, following eleven years competing for East Germany, was the 1994 European Championships, where she finished 8th, again ahead of Kielmann who was ninth. She qualified for the 1994 Winter Olympics in Lillehammer, Norway, where she finished seventh. Her free program to the music “Sag mir wo die Blumen sind” (an arrangement of the Pete Seeger folksong "Where Have All the Flowers Gone") included a peace message for the people of Sarajevo, the site of her first Olympic victory. She received the Golden Camera for her Olympic comeback.

Witt's taste in figure-skating costumes sometimes caused debate. At the 1983 European Championships, she skated her Mozart short program in knee breeches instead of a skirt. Her blue, skirtless feather-trimmed 1988 costume for a showgirl-themed short program was considered too theatrical and sexy, and led to a change in the ISU regulations dubbed the "Katarina rule" which required female skaters to wear more-modest clothing including skirts that covered the buttocks and crotch. In 1994, skating a Robin Hood-themed program, she again pushed the boundaries of costume regulations by wearing a short tunic over leggings.

In 1994, Witt published her autobiography Meine Jahre zwischen Pflicht und Kür (My Years between Compulsories and Freestyle). In 1995, Witt was inducted into the World Figure Skating Hall of Fame. Her farewell from show skating tour took place in February and March 2008.

In 1996, Witt had a cameo role in the movie Jerry Maguire. She also starred in a German-language movie called Princess on Ice. Witt provided the vocals for the theme song, "Skate With Me". Witt appeared as herself in two episodes of the TV comedy series Arli$$ that aired in 1997 and 1998.

Witt posed nude for Playboy magazine at age 32, and the pictures were published months later in the December 1998 issue (she turned 33 on 3 December), which was the second ever sold-out issue of the magazine. (The first sold-out issue was the inaugural one including photos of Marilyn Monroe.) Witt said she did not care for the "cute, pretty, ice princess image" of figure skaters and wanted to "change people's perceptions."

In 1998, Witt appeared in the movie Ronin in a small supporting role with several lines of script. Around this time, she also played a villain in an episode of the tongue-in-cheek television series, V.I.P. In November 2005, Witt published a novel, Only with Passion, in which she offers advice to a fictional young skater based on her many years of skating. Since October 2006, she has her own TV show, Stars auf Eis (Stars on Ice), on the German station ProSieben. She was invited to Istanbul as an honoured guest for the skating competition TV show called Buzda Dans (Dance on Ice) on 25 February 2007. On 3 December 2011, Witt was confirmed as a judge on the UK TV show, Dancing On Ice; she made her first appearance on 8 January 2012.

On 7 July 2007, Witt was a compere at the German segment of Live Earth. She headed Munich's unsuccessful bid to host the 2018 Winter Olympics.

In January 2013, Witt appeared on German TV in her first leading role, playing a figure skater who is pursued by a stalker. The made-for-television movie Der Feind in meinem Leben (The enemy in my life) thus has autobiographical elements, as Witt herself had been stalked 20 years before in the US.

Following the dissolution of East Germany, Ministerium für Staatssicherheit (Stasi) files were found to show that the secret police had worked hard to keep Witt from defecting by giving her cars, accommodations, and permitted travel. Witt found 3,000 pages on her life from the age of eight. 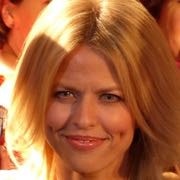 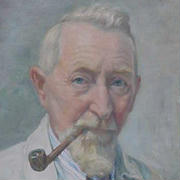