Karsten Warholm (born 28 February 1996) is a Norwegian athlete who competes in the sprints and hurdles. In July 2021 he broke the 29 year-old record in 400 m hurdles. At the 2020 Summer Olympics, he won the 400 metres hurdles in 45.94 seconds, breaking his own world record by a very large margin. Warholm has also won gold in the event at the World Championships in 2017 and 2019, as well as the 2018 European Championships.

Warholm was born in the town of Ulsteinvik on Norway’s western coast.

In March 2013, Warholm won eight gold medals in the Norwegian Youth Indoors Championships. In June at the 2013 Bislett Games, he competed in the 200 m. He finished seventh in his heat with a time of 22.25 s and did not advance to the final. Usain Bolt won the heat with a time of 19.79 s. At the 2013 World Youth Championships in July, he won gold in the boys' octathlon with 6451 points, a personal best.

In 2014, Warholm competed in the decathlon as well as in specialised events. At the time, his possible future specialization were the long jump, hurdling and 400 metres. His weakest performances in the decathlon were in the throwing events.

At the 2018 European Championships Warholm won the gold medal in the 400 metres hurdles event with a time of 47.64 s, setting his new personal best and the new European U23 record.

On 11 June, Warholm competed in the Impossible Games in Bislett Stadion (Oslo, Norway). He ran the 300 metres hurdles with a world best time of 33.78, besting Chris Rawlinson's time of 34.48 set in 2002. He also ran 400 meters indoors with a time of 45.97. On 23 August in Stockholm, Warholm ran a personal best of 46.87, narrowly missing Kevin Young's world record of 46.78. With this performance, Warholm became the first person to break 47 seconds twice.

Warholm has been in a relationship for many years with his girlfriend Oda Djuvpik, a business graduate and cancer survivor. He enjoys fishing, cars and building Lego.

The contents of this page are sourced from Wikipedia article on 03 Aug 2021. The contents are available under the CC BY-SA 4.0 license.
View Karsten Warholm 's image gallery
Image Gallery 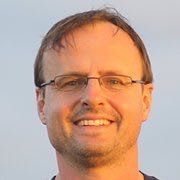 Pilot and author from Norway