Karoline Graswander-Hainz (born 2 February 1974) is an Austrian politician who served as Member of the European Parliament (MEP) from 2015 until 2019. She is a member of the Social Democratic Party, part of the Party of European Socialists.

The contents of this page are sourced from Wikipedia article on 14 Jul 2020. The contents are available under the CC BY-SA 4.0 license.
comments so far.
Comments
From our partners
Sponsored
Reference sources
References
http://www.europarl.europa.eu/meps/en/133316/KAROLINE_GRASWANDER-HAINZ_history.html
http://graswander-hainz.eu
http://www.europarl.europa.eu/meps/en/133316 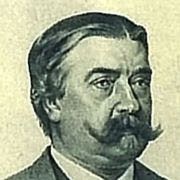