Karolina Slunéčková was born on 8 April 1934 in Kladno. She moved with her parents to Ústí nad Labem. During the occupation of the Sudetenland by the German population, they were not able to emigrate, so throughout the war they went to the German school.

The essence of the acting was handed over by Professor Věra Petáková. When her love and passion for playing did not calm down during the years and her dream was not able to talk to her, she went to study in Českých Budějovic, where she studied at Theatre Faculty of the Academy of Performing Arts (DAMU).

In 1956, immediately after the end of DAMU, she got an engagement at the Vinohrady Theatre (at that time the Theater of the Czechoslovak Army). From the very beginning, she played great roles, such as Natasha in War and Peace, starting with her long monologue to the audience. Each of her roles was always different but completely authentic and distinctive. She played dramatic and comedy. For her role in life we can consider the role of Margaret in Cat on a Hot Tin Roof(1966), where half the performance took place in a black jumpsuit. Only two performances were filmed, namely A Flea in Her Ear (1969) and The Man Who Came to Dinner (1977).

Karolina got the biggest chance in the movie The Orange Boy (1975), where she played the mother of Otakar Brousek Junior's mother.

Karolina met future husband Rudolf Vodrážka while still at school. After a few years they married and in 1960 their son Rudolf was born.

Just a week before her death, she came to the theater, pleased to work again. Unfortunately she never looked at the stage. She died on 11 June 1983 at age 49.

The contents of this page are sourced from Wikipedia article on 23 Jun 2020. The contents are available under the CC BY-SA 4.0 license.
comments so far.
Comments
From our partners
Sponsored
Reference sources
References
http://www.filmweb.pl/person/Karol%C3%ADna+Slun%C3%A9%C4%8Dkov%C3%A1-620412
http://www.ahaonline.cz/clanek/trapasy/91527/tajemstvi-karoliny-sluneckove-byla-na-cernochy-ale-romanek-mela-s-munzarem.html
https://sedmicka.tyden.cz/rubriky/tahle-herecka-mela-nejkrasnejsi-nohy-v-ceskoslovensku_286128.html
http://www.rozhlas.cz/vltava/stream/_zprava/sen-noci-svatojanske-podruhe-a-potreti-respektive-poprve-a-podruhe--1622569
http://isni.org/isni/000000005827892X
https://aleph.nkp.cz/F/?func=find-c&local_base=aut&ccl_term=ica=jn20000402237&CON_LNG=ENG
https://viaf.org/viaf/84017171
https://www.worldcat.org/identities/viaf-84017171
Trending today in 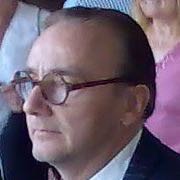