German politician , Secretary of State in the Federal Chancellery

Karl Theodor Maria Georg Achaz Eberhardt Josef Freiherr von und zu Guttenberg (23 May 1921 – 4 October 1972) was a German politician of the Christian Social Union of Bavaria (CSU). He was parliamentary secretary of state in the Chancellor's Office in the government of Kurt Georg Kiesinger from 1967 until 1969, as well as the foreign policy spokesman of the CDU/CSU group in the Bundestag. Guttenberg was perceived as a hardline conservative anticommunist as well as a convinced proponent of European integration. His work was mostly within the field of foreign policy.

Guttenberg served as an officer during World War II, but was punished for anti-Nazi statements and became, through his uncle Karl Ludwig Freiherr von und zu Guttenberg, a member of the anti-Nazi resistance in the German army. While his uncle was imprisoned after the 20 July plot and executed shortly before the war's end, Karl Theodor zu Guttenberg was taken prisoner of war by the British, and soon after started to work for British propaganda, including the Soldatensender Calais.

Guttenberg owned large estates in Franconia, several hotels as well as the winery Weingut Reichsrat von Buhl in the Palatinate. Himself a member of the House of Guttenberg, he married Rosa Sophie Prinzessin von Arenberg, of the House of Arenberg, in 1943. Their son Enoch zu Guttenberg became a conductor as well as inherited Weingut Reichsrat von Buhl. His grandson is the politician and former federal government minister Karl-Theodor zu Guttenberg.

He became a member of the CSU in 1946, and was a member of the Bundestag from 1957 to 1972, where he represented Kulmbach. In the Bundestag, he was a noted public speaker and was for several years the foreign policy spokesman of the CDU/CSU group. Guttenberg was a fierce critic of the Ostpolitik of Willy Brandt. After Brandt's government had recognized the existence of "a second German state" (the German Democratic Republic), he called it a "dark hour". While most of the CDU/CSU group abstained during the vote on the Basic Treaty, 1972, Guttenberg voted against. In a speech, he stated: "The "GDR" must be revealed to the world for what it is: Not a state, but a caricature of a state".

A Roman Catholic, Guttenberg became a Knight of the Order of the Holy Sepulchre in 1957. He received the Grand Cross of the Order of Merit of the Federal Republic of Germany in 1972.

He died of amyotrophic lateral sclerosis in 1972, aged 51. 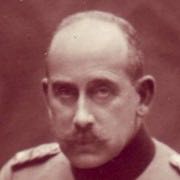 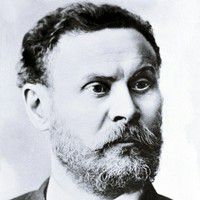