Karl Josef Seitz (German pronunciation: [kaʁl zaɪ̯ʦ]; September 4, 1869 – February 3, 1950) was an Austrian politician of the Social Democratic Workers' Party, member of the Imperial Council, President of the National Council, Mayor of Vienna and the first President of Austria.

Karl Seitz was born in Vienna, then capital of the Austro-Hungarian empire, as the son of a struggling small-time coal trader. Following the premature death of his father in 1875, the family was thrown into abject poverty, and Seitz had to be sent off to an orphanage. Seitz nonetheless received adequate education and earned a scholarship enabling him to enroll in a teacher training college in the Lower Austrian city of St. Pölten. In 1888, he took employment as a public elementary school teacher in Vienna. Already an outspoken Social Democrat at that time, he was disciplined several times for his political activism. His founding of a Social Democratic teachers' union in 1896 led to his delegation into the Lower Austrian provincial Board of Education in 1897, which in turn led to his termination as a teacher later that same year. Seitz now turned to full-time politics and established himself as one of Austrian Social Democracy's most eminent experts on educational policy. In 1901 Seitz was elected to the Imperial Council and in 1902 to the provincial parliament of Lower Austria. Following the outbreak of World War I in 1914, Seitz developed pronounced pacifist leanings and participated in the 1917 Stockholm Socialists' Congress.

Seitz entered history in 1918, when Austria-Hungary was breaking down and its disintegration into smaller independent nation states was becoming manifest. On October 21, the Imperial Council parliamentarians representing the empire's ethnically German provinces moved to form a Provisional National Assembly for their paralyzed rump state. In its constituent session, the Provisional National Assembly appointed Seitz as one of its three chairmen. Barely more than a week later, by October 30, Seitz had informally emerged as an acting head of state. By November 12, Emperor Karl had abdicated, the Republic of German Austria had been proclaimed, and Seitz had thus turned from acting head of state to provisional president. Almost simultaneously, Seitz was also appointed provisional chairman of the Social Democratic Workers' Party of Austria following the death of party nestor Victor Adler. In 1919, his positions both as President of Austria and as party chairman were formalized. Seitz as mayor of Vienna, photograph by Ferdinand Schmutzer, 1925

Following the implementation of the definitive Constitution of Austria on October 1, 1920, Seitz declined to seek re-election, leaving office on December 9. He did, however, not retire from politics: retaining both his party chairmanship and his seat in the newly established National Council, Seitz now devoted his attention to Vienna local affairs. On November 13, 1923, he was elected Mayor of Vienna. The extensive and competently administered public welfare and education programs implemented during his tenure, in particular his program of residential building promotion, earned Seitz enormous popularity even among his party's opponents and were positively remembered for decades. When the country turned into an Austrofascist dictatorship in 1934 and Social Democracy's insurrection against the federal government was unsuccessful, the Social Democratic Worker's Party was outlawed. Having thus lost his party chairmanship, Seitz was also removed from his post as a mayor and taken into custody, to be released without charges a few weeks later. Even though a majority of Viennese considered his removal from office illegitimate, Seitz's political career had essentially been brought to an end.

Continuing to live in Vienna, Seitz witnessed Austria's union with Nazi Germany in 1938 and the outbreak of World War II in 1939. In 1944, he was placed under arrest a second time, for a time even being imprisoned in the Ravensbrück concentration camp, only to again return to Vienna when Nazi Germany eventually collapsed in May 1945. Though by now of ill health, Seitz served the newly established Social Democratic Party of Austria as its honorary chairman and a nominal National Council member until his death at the age of 80. 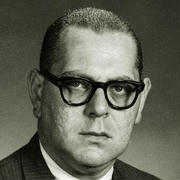