Karl Paul Gerhard Link (31 January 1901 – 21 November 1978) was an American biochemist best known for his discovery of the anticoagulant warfarin.

He was born in LaPorte, Indiana to a Lutheran minister of German descent as one of ten children. He was schooled locally, and attended the University of Wisconsin–Madison, where he studied agricultural chemistry at the College of Agriculture from 1918 to 1925, obtaining an MS in 1923 and a PhD in 1925.

He was then chosen by the national Education Board for a postdoctoral scholarship, and relocated to Europe. He briefly worked with carbohydrate chemist Sir James Irvine at the University of St Andrews in Scotland and from 1926 with Fritz Pregl, inventor of microchemistry and Nobel Laureate. Finally he spent several months with organic chemist and future Nobel laureate Paul Karrer in the latter's lab in Zurich; during this period Link suffered from tuberculosis, requiring recuperation in Davos. Around this time he may have acquired his taste for dressing eccentrically.

He was offered an assistant professorship at the University of Wisconsin–Madison in 1927, and was promoted to associate professor in 1928. He worked initially on plant carbohydrates and resistance to disease. He married Elizabeth Feldman on September 20, 1930; they were to have three sons.

In the subsequent years, most of his research focused on plant carbohydrates. However, the most fruitful period began when Ed Carson, a Wisconsin farmer, attracted Link's attention to sweet clover disease, described in 1924 by veterinarian Frank Schofield. In this condition, cows bled to death after consuming hay made from spoilt sweet clover. Carson's stock had been affected, and he brought a dead cow, blood that would not clot, and 100 pounds of sweet clover hay. Under the direction of Link, PhD students Harold Campbell, Ralph Overman, Charles Huebner, and Mark Stahmann crystallised the putative poison—a coumarin-related compound—and synthetised and tested it; it turned out to be dicoumarol (3,3'-methylenebis-(4 hydroxycoumarin)).

Dicoumarol was subjected to clinical trials in Wisconsin General Hospital and the Mayo Clinic. It was for several years the most popularly prescribed oral anticoagulant.

Warfarin, one of the several compounds synthesised as part of the coumarin research, was patented in 1945. The patent was assigned to the Wisconsin Alumni Research Foundation (WARF), for which reason it was given the name Warfarin. Link and researchers Stahmann and Ikawa jointly owning the patent. Initially marketed as rat poison, warfarin would later, in the 1950s, become the second most important anticoagulant for clinical use (after heparin).

His work in later years was hampered by poor health (tuberculosis). Nevertheless, he remained a full professor until 1971, when he retired. He was a lifelong pioneer of liberal causes, and his wife was active in the pacifist movement. 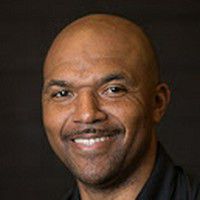 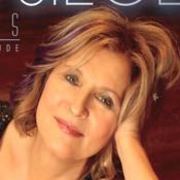