"He was unsurpassed as a breeder of bees. He talked to them, he stroked them. He brought to the hives a calmness that, according to those who saw him at work, the sensitive bees responded to." – The Economist, 14 September 1996

Due to health problems Kehrle was sent by his mother at age 11 from Germany to Buckfast Abbey, where he joined the order (becoming Brother Adam) and in 1915 started his beekeeping activity. Two years before, a parasite, Acarapis woodi that originated on the Isle of Wight had started to extend over the country, devastating all the native bees, and in 1916 it reached the abbey, killing 30 of the 46 bee colonies. Only the Apis mellifera carnica and Apis mellifera ligustica colonies survived.

He travelled to Turkey to find substitutes for the native bees. In 1917 he created the first Buckfast strain, a very productive bee resistant to the parasite. On 1 September 1919 Adam was put in charge of the abbey's apiary, after the retirement of Brother Columban. In 1925 and after some studies on the disposition of the beehives he installed his famous breeding station in Dartmoor, an isolated model to obtain selected crossings, which still works today. From 1950 and for more than a decade Adam continued his gradual improvement of the Buckfast bee by analysing and crossing bees from places all over Europe, the Near East and North Africa.

On 2 October 1987 he was appointed Honorary doctor by the Faculty of Agriculture of the Swedish University of Agricultural Sciences while in search of a bee on the Kilimanjaro mountains in Tanzania and Kenya, which deeply moved him and he saw as the official recognition of the scientific nature of his research. Two years later he was appointed Honorary doctor by the Exeter University in England.

On 2 February 1992, aged 93, he resigned his post as beekeeper at the Abbey and was permitted to spend some months in his home town Mittelbiberach with his niece, Maria Kehrle. From 1993 onwards, he lived a retired life back at Buckfast Abbey, and became the oldest monk of the English Benedictine Congregation. In 1995, at age 97, he moved to a nearby nursing home where he died on 1 September 1996. 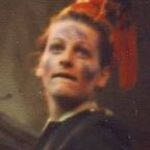