Karl Johann Kautsky (/ˈkaʊtski/; [ˈkaʊtski]; 16 October 1854 – 17 October 1938) was a Czech-Austrian philosopher, journalist, and Marxist theoretician. Kautsky was recognized as among the most authoritative promulgators of Orthodox Marxism after the death of Friedrich Engels in 1895 until the outbreak of World War I in 1914.

Following the war, Kautsky was an outspoken critic of the Bolshevik Revolution, engaging in polemics with Vladimir Lenin, Leon Trotsky, and Joseph Stalin on the nature of the Soviet state.

Karl Kautsky was born in Prague of an artistic and middle class family - his parents were Johann Kautsky (a scenic designer) and Minna (an actress and writer). The family moved to Vienna when Kautsky was the age of seven. He studied history, philosophy and economics at the University of Vienna from 1874, and became a member of the Social Democratic Party of Austria (SPÖ) in 1875. In 1880 he joined a group of German socialists in Zürich who were supported financially by Karl Höchberg, and who smuggled socialist material into Germany at the time of the Anti-Socialist Laws (1878–1890).

In 1883, Kautsky founded the monthly Die Neue Zeit ("The New Times") in Stuttgart, which became a weekly in 1890. He edited the magazine until September 1917: this gave him a steady income and allowed him to propagate Marxism. From 1885 to 1890 he spent time in London, where he became a close friend of Friedrich Engels. His position as a prominent Marxist theorist was assured in 1888, when Engels put him to the task of editing Marx's three-volume work Theories of Surplus Value. In 1891 he co-authored the Erfurt Program of the Social Democratic Party of Germany (SPD) together with August Bebel and Eduard Bernstein.

Following the death of Engels in 1895, Kautsky became one of the most important and influential theoreticians of Marxism, representing the mainstream of the party together with August Bebel, and outlining a Marxist theory of imperialism. When Bernstein attacked the traditional Marxist position of the necessity for revolution in the late 1890s, Kautsky denounced him, arguing that Bernstein's emphasis on the ethical foundations of Socialism opened the road to a call for an alliance with the "progressive" bourgeoisie and a non-class approach.

In 1914, when the German Social-Democrat deputies in the Reichstag voted for war credits, Kautsky (who was not a deputy but attended their meetings) suggested abstaining. Kautsky claimed that Germany was waging a defensive war against the threat of Czarist Russia. However, in June 1915, about ten months after the war had begun and when it had become obvious that this was going to be a sustained, appallingly brutal and costly struggle, he issued an appeal with Eduard Bernstein and Hugo Haase against the pro-war leaders of the SPD and denounced the German government's annexationist aims. In 1917 he left the SPD for the Independent Social Democratic Party of Germany (USPD) with united Socialists who opposed the war.

After the November Revolution in Germany, Kautsky served as under-secretary of State in the Foreign Office in the short-lived SPD-USPD revolutionary government and worked at finding documents which proved the war guilt of Imperial Germany.

In 1920, when the USPD split, he went with a minority of that party back into the SPD. He visited Georgia in 1920 and wrote a book on the Democratic Republic of Georgia that at that moment was still independent of Bolshevist Russia. By the time it was published in 1921, Georgia had been thoroughly influenced by the Russian Civil War, the Red Army had invaded Georgia, and the Bolsheviks had imposed the Georgian Soviet Socialist Republic. He assisted in the creation of the party program adopted in Heidelberg (1925) by the German Social Democratic Party. In 1924, at the age of 70, Kautsky moved back to Vienna with his family, and remained there until 1938. At the time of Hitler's Anschluss, he fled to Czechoslovakia and thence by plane to Amsterdam, where he died in the same year.

Karl Kautsky lived in Berlin-Friedenau for many years; his wife, Luise Kautsky, became a close friend of Rosa Luxemburg, who also lived in Friedenau. A commemorative plaque marks where Kautsky lived at Saarstraße 14.

Vladimir Lenin described Kautsky as a "renegade" in his classic pamphlet "The Proletarian Revolution and the Renegade Kautsky"; Kautsky in turn castigated Lenin in his 1934 work Marxism and Bolshevism: Democracy and Dictatorship:

The Bolsheviki under Lenin's leadership, however, succeeded in capturing control of the armed forces in Petrograd and later in Moscow and thus laid the foundation for a new dictatorship in place of the old Czarist dictatorship.

Both Lenin and Trotsky, however, defended the Bolshevik Revolution as a legitimate and historic social upheaval akin to the French Revolution, casting themselves and the Bolsheviks in the role of the Jacobins, and viewing the "opportunism" of Kautsky and similar figures as a function of "social bribery" rooted in their increasing intimacy with the privileged classes.

A collection of excerpts of Kautsky's writings, Social Democracy vs. Communism, discussed Bolshevist rule in Russia. He saw the Bolsheviks (or Communists) as a conspiratorial organization that had gained power by a coup and initiated revolutionary changes for which there was no economic rationale in Russia. Instead, a bureaucracy-dominated society developed, the miseries of which outweighed the problems of Western capitalism. He stated:

Foreign tourists in Russia stand in silent amazement before the gigantic enterprises created there, as they stand before the pyramids, for example. Only seldom does the thought occur to them what enslavement, what lowering of human self-esteem was connected with the construction of those gigantic establishments.

They extracted the means for the creation of material productive forces by destroying the most essential productive force of all - the laboring man. In the terrible conditions created by the Piatiletka, people rapidly perished. Soviet films, of course, did not show this.

Kautsky is notable for, in addition to his anti-Bolshevik polemics, his editing and publication of Marx's Capital, Volume IV (usually published as Theories of Surplus Value).

The contents of this page are sourced from Wikipedia article on 09 Mar 2020. The contents are available under the CC BY-SA 4.0 license.
View Karl Kautsky 's image gallery
Image Gallery 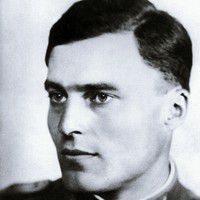