Kurz was born near Freiburg, Bremgarten, Markgräflerland in Germany. As a child he moved with his parents to Basel in Switzerland. He wanted to be a painter and entered the academy in Karlsruhe.

Coincidences made him a writer. He led a vagrant life with an extensive travelling activity in among others East Asia and Japan before he settled in Norway where he wrote novels in German. He was influenced by Knut Hamsun and got inspiration from the nature and folk life in the fjords of Sogn and Sunnfjord.

His novels enjoyed great popularity in Germany and were sold in great numbers. In 1934 he was awarded the Großer Schillerpreis by the Schweizerischen Schillerstiftung in Zürich.

He first lived in the area of Solund, then near Vadheim in Lavik before he in 1924 settled in Vårdal in Dalsfjorden in Sunnfjord. He lived there until he in 1950 left his family and moved to Nessjøen in Fjell municipality at Sotra in Hordaland where he lived until his death in 1962, at 84 years of age.

The papers he left behind when he died are mostly lost.

Ten novels and a number of short stories. Among others:

The contents of this page are sourced from Wikipedia article on 10 Mar 2020. The contents are available under the CC BY-SA 4.0 license.
View Karl Friedrich Kurz 's image gallery
Image Gallery 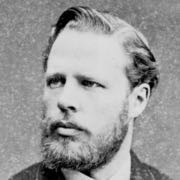