Karl Burman sen. (17 May [O.S. 5 May] 1882 – 10 May 1965) was an Estonian and Soviet architect and painter.
Burman was born in Sumy, Russian empire. In 1900 he attended the Stroganov Art School in Moscow, and then between 1901 - 1902 he attended the Stieglitz Art School in St. Petersburg (now Saint Petersburg Art and Industry Academy). Then he studied architecture at the St. Petersburg Academy of Arts throughout 1902—1909. He died in Tallinn, Estonian Soviet Socialist Republic, USSR.
Romantik Burman was an exhibition celebrating his work at the Museum of Estonian Architecture[:et] between 19 June—7 September 2003. 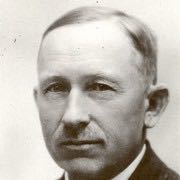