Karin Viard (French: [ka.ʁin vjaʁ]; born 24 January 1966) is a multi-award-winning French actress. She made her film debut in Tatie Danielle in 1990. Viard is one of the most critically acclaimed French actresses of the past decade.

Since then she has appeared in films such as Delicatessen, L'Emploi du temps (Time Out), Adultère, mode d'emploi and La parenthèse enchantée.

She was a member of the 2003 Cannes Film Festival jury.

She was educated at the Lycée Pierre Corneille in Rouen.

Viard has won two César Awards. The first for Best Actress for her role in Haut les cœurs! and the second for Best Supporting Actress for Embrassez qui vous voudrez. She was nominated for the César Awards three other times.

Viard has also won the Best Actress award at the Montréal World Film Festival for her performance in Le Rôle de sa vie. 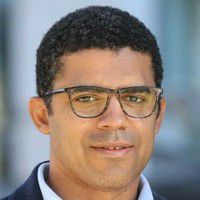