She was born Karin Richert in Magdeburg, and competed in several track and field events in her teens. She showed her best results in the 80 m hurdles and qualified for the 1960 Summer Olympics. The United Team of Germany then included athletes of both East and West Germany. She finished fourth in her Olympic seminfinal and narrowly missed the final.

The following year, she married her coach, former pole vaulter, Karl-Heinz Balzer. Some years earlier, they had briefly fled the DDR, but had returned weeks later. Now competing as Karin Balzer, she won her first international medal, silver at the 1962 European Championships. In 1964, she tied the world record in the hurdles during a pentathlon competition. Despite showing good reasult she never competed in pentathlon at major meets.

At the Tokyo Olympics that same year, she placed for the final of the 80 m hurdles. In a close finish, the first three runners all timed 10.5 seconds, equal to the world record (although the record was not ratified due to a wind). Electronic timing showed Balzer had beaten the two other medallists by one and two hundredths of a second, respectively.

Two years later, Balzer won a second title at the European Championships, and she placed fifth in the 1968 Olympic final; she was the Olympic flag bearer for East Germany at those Games. That was the last major event in which the high hurdles were run over 80 m; from 1969 on, the event became the 100 m. Balzer set the inaugural world record in that event, in June 1969, but would lower it two more times that year. She also successfully defended her European title in Athens, which she repeated in Helsinki in 1971. That year she was voted East German Sportswoman of the Year.

While in training for the 1972 Summer Olympics in Munich, Balzer's son, Andreas was involved in an accident, and was comatised. He died the day before the final of the 100 m hurdles, but her husband did not tell her until after the race, in which she won her second Olympic medal, bronze. Balzer's second son, Falk Balzer (born 1973) also became a hurdler. His best achievement is a second place in the 110 m hurdles at the 1998 European Championships.

Balzer was trained as a chemist, and worked as a lab technician from 1955 to 1961. In 1961–1976 she was a sports school teacher in Frankfurt and then in Leiptzig. In parallel, from 1970 to 1976 she studied at Deutsche Hochschule für Körperkultur (DHfK) and earned a degree in physical education, and from 1973 to 1976 coached athletics at SC Leipzig together with her husband. They were suspended in 1976 after refusing to administer analbolic steroids to their trainees, and moved to Dresden, where Balzer worked as a school teacher through the 1970s and 80s. From 1991 to 1993 she lectured at the BAW Saxony, and from 1994 to 1997 at the Cologne business school. In 1997 Karin and Karl Balzer were reinstated as athletics coaches. Karl died in 2007.

Gestapo spy who, betrayed the members of the Solf Circle 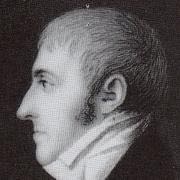