Karen Whitsett is an American politician from Michigan. Whitsett is a Democratic member of the Michigan House of Representatives from District 9.

Whitsett was born in Detroit, Michigan.

On November 6, 2018, Whitsett won the election and became a Democratic member of the Michigan House of Representatives for District 9. Whitsett defeated James Stephens with 95.1% of the votes.

Whitsett's husband is Jason. They have one child. Whitsett and her family live in Detroit, Michigan. Whitsett reported she was diagnosed with COVID-19 on April 6. At that same time, Whitsett credited President Donald J. Trump and his personal support of the controversial hydroxychloroquine plus azithromycin treatment with saving her life, stating, "if President Trump had not talked about this, it would not be something that's accessible for anyone to be able to get that right now, it would not even be possible"

The contents of this page are sourced from Wikipedia article on 17 Apr 2020. The contents are available under the CC BY-SA 4.0 license.
View Karen Whitsett 's image gallery
Image Gallery 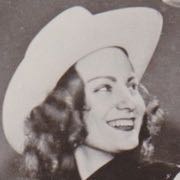