KAORI (born 28 February 1976) is a Japanese voice actress, and singer from Yokohama, Kanagawa. Before January 2001, she was known as Midori Kawana (川菜翠, Kawana Midori) and Akiko Kawana (川菜明子, Kawana Akiko). "KAORI" is a portmanteau of her real name, Ka-wana Mid-ori. She is a member of the rock band SpunkyStrider. In various dub versions of Pokémon: Jirachi Wishmaker, her singing voice was used when her character sang a lullaby. She is also credited under the name "Kaori Suzuki", especially when her character appeared in the Pokémon: Diamond and Pearl arc of the anime. 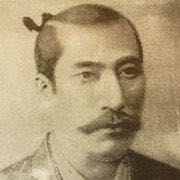 Samurai daimyo and warlord of Japan