To us all towns are one, all men our kin,
Life's good comes not from others' gifts, nor ill,
Man's pains and pain's relief are from within,
Death's no new thing, nor do our bosoms thrill
When joyous life seems like a luscious draught.
When grieved, we patient suffer; for, we deem
This much-praised life of ours a fragile raft
Borne down the waters of some mountain stream
That o'er huge boulders roaring seeks the plain
Tho' storms with lightning's flash from darkened skies.
Descend, the raft goes on as fates ordain.
Thus have we seen in visions of the wise !
We marvel not at the greatness of the great;
Still less despise we men of low estate.

He rejected division of mankind into various categories and emphasised the universality of all men. The Tamil bards and intellectualists of the time of Kaniyan Pungunranar and those preceding his age considered that all men, whatever their rank or station in life, were alike.

Although the opening line sounds like a herald of "universalism" and the oneness of human beings everywhere, a reading of the subsequent lines of this poem from Purananuru reveals a totally different context and meaning of the opening line. The rest of the poem pictures the illusory and transient nature of life with its pains and pleasures, moving along pre-ordained track according to natural order , rather like a fragile raft going down a mountain stream in stormy weather. The poem concludes with the statement " as we have heard great minds explaining this universal truth to us , we are neither overawed by the greatness of mighty people nor repulsed by people of lower state in life" . Very fine poetry of material and stoic philosophy , reminding one , perhaps , of Grey's elegy- but not of "cosmopolitanism" as many might like to believe.

Pungunranar states that the wooden log is carried by the water in its direction and similarly postulates that everything in life will also follow Natural law. This he calls 'Way of Order'(Tamil: முறை வழி, muṟai vazhi ?).

Principles of the Way of Order

Throughout his poem he lays down the principles of his version of natural law. The first part of the poem deals with the basic principles of the 'Way of Order'(Tamil: முறை வழி, muṟai vazhi ?) which is his term for natural law.

Allegory of the raft

He further goes onto explain these principles with an example of a raft.

He was extremely influential in the revivalist Self-respect movement. The first sentence of his poem has been adopted as the motto of the World Tamil Confederation to represent Tamil people. 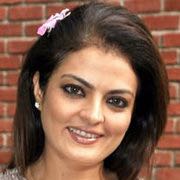 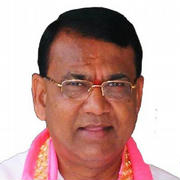