Kang Young-joong (Korean: 강영중; Hanja: 姜榮中; born July 27, 1949), the chairman of Daekyo Group, the largest private tutoring company in Korea, served as the President of the Korea Scout Association from March 7, 2008 to April 16, 2012.

Kang served as the Badminton World Federation president from 2005 to 2013. On March 23, 2015, he was inaugurated the fourth President of the Korea Sports Safety Foundation.

In 2011, he was awarded the highest distinction of the Scout Association of Japan, the Golden Pheasant Award.

The contents of this page are sourced from Wikipedia article on 22 Jul 2020. The contents are available under the CC BY-SA 4.0 license.
comments so far.
Comments
From our partners
Sponsored
Reference sources
References
http://bwfbadminton.org/file_download.aspx?id=35886
http://reinanzaka-sc.o.oo7.jp/kiroku/documents/20140523-3-kiji-list.pdf
http://eng.daekyo.com/En/default.aspx
http://youngjoongkang.com
Trending today in 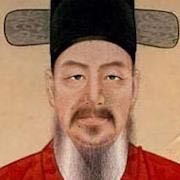