On the junior level, Valieva is the 2020 World Junior champion, the 2019–20 Junior Grand Prix Final champion, and the 2020 Russian junior national champion. Valieva is also the 2021 Russian National silver medalist.

Valieva was born on 26 April 2006 in Kazan, Russia. She is ethnically Tatar. She has one pet dog, a Pomeranian named Lëva, who was gifted to her in 2019 by fans. Before Kamila was five years old, her mother had enrolled her in gymnastics, ballet, and figure skating classes, and at age five she switched fully to skating. She speaks of Nathan Chen as one of the figure skaters whom she admires for his skating ability. According to an interview showcased at the ISU Skating Awards 2021, Valieva hopes to become a psychologist.

Valieva began skating in 2009 in RSDUSSHOR in Kazan. Her first coach was Ksenia Ivanova, then later she was coached by Marina Kudriavtseva and Igor Lyutikov, then Natalia Dubinskaya. When she turned 6 she moved to Moscow and started training in SSHOR 'Moskvich'. In the spring of 2018, they decided to switch skating clubs and try out at Sambo-70, where Eteri Tutberidze decided to allow Valieva to join her group.

In the 2018–19 season, prior to her international debut, recordings of Valieva's short program, set to Spiegel im Spiegel by Arvo Pärt and inspired by Pablo Picasso's painting Girl on a Ball, received worldwide attention. Tutberidze described it as her favorite program of the year. The program also drew the notice of Picasso's granddaughter Diana Widmaier Picasso, who invited Valieva to visit her in Paris. Among other victories that season, she won the Russian Younger Age Championships ahead of training mate Sofia Akatieva and Sofia Samodelkina. It was later announced that she would keep her short program for her international debut in the upcoming season.

Valieva's international debut came in late August 2019 at a Junior Grand Prix competition in Courchevel, France. Ranked third in the short program and first in the free skate, she won the gold medal ahead of Wi Seo-yeong of South Korea and teammate and training partner Maiia Khromykh. At this competition, Valieva became the second female skater ever to land a quadruple toe loop in competition. Her total score at the event was the fourth highest score achieved by a ladies' single skater on the junior level, behind her teammates Alexandra Trusova, Anna Shcherbakova, and Alena Kostornaia. Valieva also became the fourth junior lady to score above 200 points under the current GOE (Grade of Execution) system.

One month later, at the 2020 JGP Russia, she placed first in both programs with personal best scores to take the title ahead of compatriots Ksenia Sinitsyna and Viktoria Vasilieva. She attempted two quadruple toe loops in the free skate for the first time, landing one. With two gold medals, she qualified in first place to the 2019–20 Junior Grand Prix Final in Turin, Italy.

Prior to the 2019–20 Junior Grand Prix Final in December, a minor injury prevented Valieva from training the quadruple toe loop jump. She entered the final as a co-favorite for the title along with Alysa Liu of the United States. After placing fourth in the short program, Valieva delivered a clean free skate to take the title ahead of Liu, who dropped from first place in the short program after under-rotating one of her triple Axels and both of her quad Lutzes, and training mate Daria Usacheva.

At 13 years old, Valieva was too young to enter the senior-level 2020 Russian Championships in December. In early February, Valieva instead competed at the 2020 Russian Junior Championships, which she won after placing first in both programs ahead of training mates Sofia Akatieva and Daria Usacheva. She once again included two quadruple toe loop jumps in her free skate, after recovering from her previous injury, stepping out on one and landing another in combination with a double toe loop. After the competition, she was named to the Russian team for the 2020 World Junior Championships along with teammates Usacheva, who placed third, and Khromykh, who placed fifth, as silver medalist Akatieva and fourth-place finisher Sofia Samodelkina were too young to be eligible.

The 2020 World Junior Championships were again seen by many as a showdown between Valieva and Alysa Liu, who had recently defended her title at the senior-level 2020 U.S. Championships. Valieva placed first in the short program ahead of Lee Hae-in of South Korea and Usacheva, setting a new personal best. Her score of 74.92 points was the second highest short program score ever for a junior lady, only behind training partner Alena Kostornaia's short program at the 2018–19 Junior Grand Prix Final. In the free skate, she performed similarly to the Russian Junior Championships, stepping out on her opening quadruple toe loop and landing all other jumps cleanly, including a second quadruple toe loop in combination. She won the title and became the new Junior World Champion ahead of Usacheva and Liu. Valieva remarked afterward that "there was a little mistake on the toe loop, but basically I am pleased with my performance."

Valieva skated at the 2020 Russian test skates in Moscow, showcasing her new programs for the 2020–21 season. She executed a quad toe combination in her free skate. She competed at the second stage of the Russian Cup. There, she skated clean, placing first in the short program, but placed third for the free program, with several unexpected mistakes, causing her to obtain second place, winning the silver medal. She later competed at the fifth stage of the Russian Cup. There, she placed first in the short program with one step out on a triple Axel attempt. In the free program, she also placed first with two quadruple toe loops (one in combination), with only one mistake on a triple Lutz. She took first place, winning the gold medal with one of the highest total scores in Russian domestic competition.

Following the national championships, Valieva participated in the 2021 Channel One Trophy, a televised team competition organized in lieu of the cancelled European Championships. Selected for the Red Machine team by captain Alina Zagitova, Valieva won both the short program and free skates, helping the Red Machine win the trophy. For her final event of the season she participated in the senior Russian Cup Final, winning the short program by a wide margin. In the free skate Valieva attempted a quadruple Salchow in competition for the first time, but fell on this in addition to making errors on both quad toe loop attempts. As a result, she finished third in that segment, however, she won overall by 2.04 points over teammate Maiia Khromykh due to her higher score in the short program.

Valieva made her international senior debut at the 2021 CS Finlandia Trophy. She placed third in the short program after falling on her triple Axel attempt. In her free skate, she landed three quad jumps, recording a world record score of 174.31 points, in addition setting a new world record for total points (249.24).

Making her senior Grand Prix debut at the 2021 Skate Canada International, Valieva started out by winning the short program with a new personal best score of 84.19, 2.95 points ahead of Elizaveta Tuktamysheva in second place. In the free skate, she skated a clean program including three quads, with only one minor mistake in the triple Axel. Again, she set a new world record for the women's free skate (180.89) and total score (265.08). Valieva's second assignment was the 2021 Rostelecom Cup, held not as usual in Moscow but in Sochi's Iceberg Skating Palace, the host venue for skating events at the 2014 Winter Olympics. In the short program she scored 87.42 points, breaking Alena Kostornaia's previous world record of 85.45. She went on to raise the world records in the free skate (185.29) and total score (272.71). Her score was higher than that of the men's event winner, fellow Sambo-70 skater Morisi Kvitelashvili of Georgia, despite men's Program Component Score (PCS) being scaled 20% points higher. Valieva's results qualified her to the Grand Prix Final, but it was subsequently cancelled due to restrictions prompted by the Omicron variant.

On December 24, Valieva placed first in the short program at the 2022 Russian Championships, nearly 10 points ahead of Shcherbakova in second place. She scored 193.10 for her free skate, with a gold medal-winning score of 283.48 points, nearly 35 points ahead of silver medalist Alexandra Trusova. She remarked afterward "I did almost my maximum." As national champion, she was guaranteed a berth on the Russian Olympic team.

Valieva made her European Championships debut in January in Tallinn, Estonia. She finished first in the short program and upgraded her world record score by over three points to become the first woman to break the 90-point barrier with a clean skate. In the free skate, Valieva fell on her triple Axel attempt for the second time in competition this season, but skated the rest of her program cleanly to narrowly win the segment over teammates Shcherbakova and Trusova and take the European title. On January 20, she was officially named to the Russian Olympic team.

Selected as the Russian entry in the women's segments of the Olympic team event, Valieva began the 2022 Winter Olympics with a first-place finish in the short program with a clean triple Axel, scoring near her own world record. Valieva placed four ordinals above American skater Karen Chen, moving the Russian team into first place in the competition at the end of the short program segments. She was chosen to handle the free skate segment as well, winning that segment with a program including two clean quad jumps (Salchow and toe loop) and a triple Axel, albeit with a fall on a second quad toe loop attempt. Her score was over 30 points clear of second-place finisher Kaori Sakamoto. She became the first woman to land a quad jump at the Olympic Games. The Russian team won the gold medal.

The contents of this page are sourced from Wikipedia article on 08 Feb 2022. The contents are available under the CC BY-SA 4.0 license.
View Kamila Valieva 's image gallery
Image Gallery 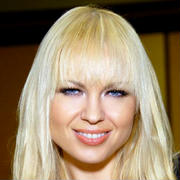 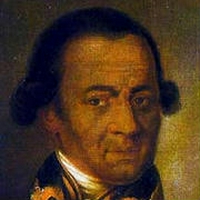