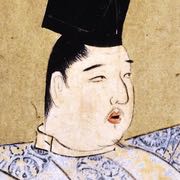 Before his ascension to the Chrysanthemum Throne, his personal name (his imina) was Tsunehito-shinnō (恒仁親王).

He was the 7th son of Emperor Go-Saga

Other names Emperor Kameyama had were:

The name Kameyama comes from the location of his tomb.

In 1263, during the Kamakura Rebellion, the 6th shōgun, Imperial Prince Munetaka (eldest son of Emperor Go-Saga) was recalled from Kamakura to be replaced by his son Imperial Prince Koreyasu (age 2).

In 1265 a Mongol delegation arrived from Kublai Khan, ruler of the Mongol Empire. On its way to Japan, they looted islands. The Mongols invited Japan to submit to the rule of Kublai. The Emperor and the Imperial Court suggested compromise, but they were ignored by the shogun in Kamakura. The Mogolian delegation was sent back.

In 1274, abdicating to his son, Emperor Go-Uda, he began his reign as cloistered emperor.

During his time as cloistered emperor, the Mongols invaded the second time. Kameyama personally prayed at the Grand Shrine of Ise. On 15 August 1281, Kameyama-Jokō asked for Amaterasu intervention on behalf of Japan.

However, the Bakufu watched Kameyama with suspicion, and in 1287, encouraged Emperor Go-Uda to abdicate, and pushed for the enthronement of Emperor Go-Fukakusa's son, who became Emperor Fushimi. Kameyama's cloistered rule was suspended by this.

Later, Imperial Prince Hisa'aki, Emperor Go-Fukakusa's son, became shōgun strengthening the position of the Jimyōin-tō. This caused Kameyama to become despondent, and in 1289 he entered the priesthood, joining the Zen sect. Because of this, Zen Buddhism slowly penetrated into the Court Nobility.

In 1291, he helped establish the Buddhist temple Nanzen-ji in Kyōto.

In 1305, he died. Emperor Kameyama is enshrined at Kameyama no Misasagi at Tenryū-ji in Kyoto; and this Imperial mausoleum is maintained by the Imperial Household.

Kugyō (公卿) is a collective term for the very few most powerful men attached to the court of the Emperor of Japan in pre-Meiji eras. Even during those years in which the court's actual influence outside the palace walls was minimal, the hierarchic organization persisted.

In general, this elite group included only three to four men at a time. These were hereditary courtiers whose experience and background would have brought them to the pinnacle of a life's career. During Kameyama's reign, this apex of the Daijō-kan included:

The years of Kameyama's reign are more specifically identified by more than one era name or nengō.

The contents of this page are sourced from Wikipedia article on 25 Mar 2020. The contents are available under the CC BY-SA 4.0 license.
View Emperor Kameyama 's image gallery
Image Gallery 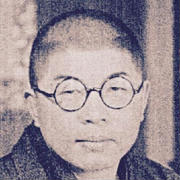