Tradition mentioned King Kameshwara as a man of prowess and a strikingly handsome man. His name derived from Kama-ishvara, another name of Kamadeva, the Hindu god of love and desire. His queen consort Çri Kirana was also mentioned as a woman with extraordinary beauty. Kameshvara was the prince of Kediri, while Çri Kirana was the princess of Kahuripan. The royal marriage between Kameshwara and Kirana was celebrated as the reunification of Java, between Kediri (Panjalu) and Kahuripan (Janggala), marking the reunification of former Airlangga's kingdom.

In 1130 Kameshwara was succeeded by his son, Jayabaya.

In Smaradhana and Panji cycles

The contents of this page are sourced from Wikipedia article on 24 Jun 2020. The contents are available under the CC BY-SA 4.0 license.
comments so far.
Comments
From our partners
Sponsored
Reference sources
References
https://books.google.com/books?id=iDyJBFTdiwoC
Trending today
All Film/TV Music Politics Sports Business Science Academia 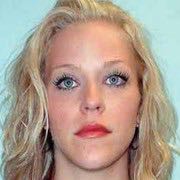