Kamala Kaul Nehru ( pronunciation ; 1 August 1899 – 28 February 1936) was a freedom fighter, wife of Jawaharlal Nehru (leader of the Indian National Congress and the first Prime Minister of India), and the mother of Indira Gandhi, also another Prime Minister. Her grandson Rajiv Gandhi too was a Prime Minister of India for a term of 5 years. She was known to be deeply sincere, highly patriotic, a women's rights activist, serious minded and sensitive.

Kamala Nehru was born on 1 August 1899 and brought up in a traditional Kashmiri Brahmin middle-class family of old Delhi. Rajpati and Jawaharmal Kaul were Kamala Nehru's parents; Kamala, their eldest child, had two brothers, Chand Bahadur Kaul and the botanist, Kailas Nath Kaul, and a sister, Swaroop Kathju. All her schooling had been at home, under the guidance of a Pandit and a Maulvi, and she did not know a word of English.

Kamala married Jawaharlal Nehru at the age of 17. Her husband went to a trip in the Himalayas shortly after their marriage. In his autobiography, Jawaharlal Nehru, referring to his wife, stated "I almost overlooked her." Kamala gave birth to a girl child in November 1917, Indira Priyadarshini, who later succeeded her father as prime minister and head of the Congress party. Kamala gave birth to a boy in November 1924, but he lived for only a week. Nehru in 1918 with wife Kamala and daughter Indira

Contribution to the Indian Independence Movement

Kamala was involved with the Nehrus in the national movement, that she emerged into the forefront. In the Non Cooperation movement of 1921, she organized groups of women in Allahabad and picketed shops selling foreign cloth and liquor. When her husband was arrested to prevent him delivering a "seditious" public speech, she went in his place to read it out. The British soon realized the threat that Kamala Nehru posed to them and how popular she had become with women's groups all over India. She was thus arrested on two occasions for involvement in Independence struggle activities. During this period she started a dispensary in her house Swaraj Bhawan, converting few rooms into a Congress Dispensary to treat wounded freedom fighters, their families, and other residents of Allahabad. After her death, Mahatma Gandhi with the help of other prominent leaders converted this dispensary into a proper hospital known as Kamla Nehru Memorial Hospital in her memory.

Kamala Nehru spent some time at Gandhi's ashram with Kasturba Gandhi where she built a close friendship with Prabhavati Devi.

Kamala died from tuberculosis in Lausanne, Switzerland on 28 February 1936, with her daughter and her mother-in-law by her side. As far as it is known from valid sources, while Kamala was living in Prague in the present-day Czech Republic , she fell seriously ill, and her husband (Pandit Jawaharlal Nehru who admitted her there) was in India. Eventually, she was taken to Lausanne by Subhash Chandra Bose, Under such dire straits Netaji Subhas Chandra Bose (the legendary freedom fighter and Chief of INA) took care of Kamala and arranged for her treatments there. where finally she expired; Pandit Jawaharlal Nehru came there, and arranged for her cremation [1] at the Lausanne Crematorium. A number of institutions in India, such as Kamala Nehru Memorial Hospital & Regional Cancer Centre , Kamala Nehru College, University of Delhi, Kamala Nehru Degree Evening college (Bangalore), Kamala Nehru Park, Kamla Nehru Institute of Technology (Sultanpur), Kamala Nehru Zoo (Indore), Kamala Nehru Polytechnic (Hyderabad) are named after her. 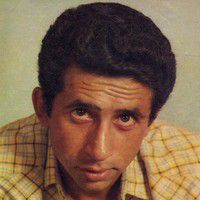