Kālidāsa (Sanskrit: कालिदासः) was a Classical Sanskrit writer, widely regarded as the greatest poet and dramatist in the Sanskrit language. His plays and poetry are primarily based on the Indian Puranas.

Much about his life is unknown, only what can be inferred from his poetry and plays. His floruit cannot be dated with precision, but most likely falls within the 5th century CE.

Scholars have speculated that Kalidasa may have lived near the Himalayas, in the vicinity of Ujjain, and in Kalinga. This hypothesis is based on Kalidasa's detailed description of the Himalayas in his Kumārasambhava, the display of his love for Ujjain in Meghadūta, and his highly eulogistic descriptions of Kalingan emperor Hemāngada in Raghuvaṃśa (sixth sarga).

Lakshmi Dhar Kalla (1891-1953), a Sanskrit scholar and a Kashmiri Pandit, wrote a book titled The birth-place of Kalidasa (1926), which tries to trace the birthplace of Kalidasa based on his writings. He concluded that Kalidasa was born in Kashmir, but moved southwards, and sought the patronage of local rulers to prosper. The evidence cited by him from Kalidasa's writings includes:

According to folklore, Kalidasa was originally an unintelligent person, and married a princess. Challenged by his wife, he studied poetry to become a great poet. Another legend states that he visited Kumaradasa, the king of Sri Lanka formerly known as Ceylon and, because of some treachery, Kalidasa was murdered there.

Several ancient and medieval books state that Kalidasa was a court poet of a king named Vikramaditya . A legendary king named Vikramāditya is said to have ruled from Ujjain around 1st century BCE. A section of scholars believe that this legendary Vikramaditya is not a historical figure at all. There are other kings who ruled from Ujjain and adopted the title Vikramaditya, the most notable ones being Chandragupta II (r. 380 CE – 415 CE) and Yasodharman (6th century CE).

The most popular theory is that Kalidasa flourished during the reign of Chandragupta II, and therefore lived around 4th-5th century CE. Several Western scholars have supported this theory, since the days of William Jones and A. B. Keith. Many Indian scholars, such as Vasudev Vishnu Mirashi and Ram Gupta, also place Kalidasa in this period. According to this theory, his career might have extended to the reign of Kumaragupta I (r. 414 – 455 CE), and possibly, to that of Skandagupta (r. 455 – 467 CE).

The earliest paleographical evidence of Kalidasa is found in a Sanskrit inscription dated c. 473 CE, found at Mandsaur's Sun temple. His name, along with that of the poet Bharavi, is also mentioned in a stone inscription dated 634 C.E. found at Aihole, located in present-day Karnataka.

Some scholars, including M. Srinivasachariar and T. S. Narayana Sastri, believe that all the works attributed to "Kalidasa" are not by a single person. According to Srinivasachariar, writers from 8th and 9th centuries hint at the existence of three noted literary figures that share the name Kalidasa. These writers include Devendra (author of Kavi-Kalpa-Lata), Rajashekhara and Abhinanda. Sastri lists the works of these three Kalidasas as follows:

According to K. Krishnamoorthy, "Vikramaditya" and "Kalidasa" were used as common nouns to describe any patron king and any court poet respectively.

Kālidāsa wrote three plays. Among them, Abhijñānaśākuntalam ("Of Shakuntala recognised by a token") is generally regarded as a masterpiece. It was among the first Sanskrit works to be translated into English, and has since been translated into many languages. Kālidāsa is the author of two epic poems, Raghuvaṃśa ("Dynasty of Raghu") and Kumārasambhava (Birth of 'Kumara' or Subrahmanya).

Many scholars have written commentaries on the works of Kālidāsa. Among the most studied commentaries are those by Kolāchala Mallinātha Suri, which were written in the 15th century during the reign of the Vijayanagar king, Deva Rāya II. The earliest surviving commentaries appear to be those of the 10th-century Kashmirian scholar Vallabhadeva. Eminent Sanskrit poets like Bāṇabhaṭṭa, Jayadeva and Rajasekhara have lavished praise on Kālidāsa in their tributes. A well-known Sanskrit verse ("Upamā Kālidāsasya...") praises his skill at upamā, or similes. Anandavardhana, a highly revered critic, considered Kālidāsa to be one of the greatest Sanskrit poets ever. Of the hundreds of pre-modern Sanskrit commentaries on Kālidāsa's works, only a fraction have been contemporarily published. Such commentaries show signs of Kālidāsa's poetry being changed from its original state through centuries of manual copying, and possibly through competing oral traditions which ran alongside the written tradition.

Kālidāsa's Abhijñānaśākuntalam was one of the first works of Indian literature to become known in Europe. It was first translated to English and then from English to German, where it was received with wonder and fascination by a group of eminent poets, which included Herder and Goethe.

"Here the poet seems to be in the height of his talent in representation of the natural order, of the finest mode of life, of the purest moral endeavor, of the most worthy sovereign, and of the most sober divine meditation; still he remains in such a manner the lord and master of his creation."

Kālidāsa's work continued to evoke inspiration among the artistic circles of Europe during the late 19th century and early 20th century, as evidenced by Camille Claudel's sculpture Shakuntala.

Surendra Verma's Hindi play Athavan Sarga, published in 1976, is based on the legend that Kālidāsa could not complete his epic Kumārasambhava because he was cursed by the goddess Parvati, for obscene descriptions of her conjugal life with Lord Shiva in the eighth canto. The play depicts Kālidāsa as a court poet of Chandragupta who faces a trial on the insistence of a priest and some other moralists of his time.

Asti Kashchid Vagarthiyam is a five-act Sanskrit play written by Krishna Kumar in 1984. The story is a variation of the popular legend that Kālidāsa was mentally challenged at one time and that his wife was responsible for his transformation. Kālidāsā, a mentally challenged Shepard, is married to Vidyottamā, a learned princess, through a conspiracy. On discovering that she has been tricked, Vidyottamā banishes Kālidāsa, asking him to acquire scholarship and fame if he desires to continue their relationship. She further stipulates that on his return he will have to answer the question, Asti Kashchid Vāgarthah" ("Is there anything special in expression?"), to her satisfaction. In due course, Kālidāsa attains knowledge and fame as a poet. Kālidāsa begins Kumārsambhava, Raghuvaṃśa and Meghaduta with the words Asti ("there is"), Kashchit ("something") and Vāgarthah ("spoken word and its meaning").

Ashadh Ka Ek Din is a play based on fictionalized elements of Kalidasa life.

Kalidasa has had great influence on several Sanskrit works, on all Indian literature. He also had a great impact on Rabindranath Tagore. The Meghadutam's romanticism is found in Tagore's poems on the monsoons. Sanskrit plays by Kalidasa influenced late eighteenth and early nineteenth-century European literature. According to Dale Carnegie, Father of Modern Medicine Sir William Osler always kept on his desk a poem written by Kalidasa. 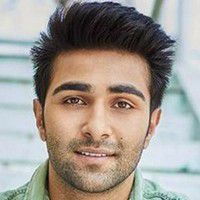 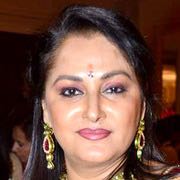 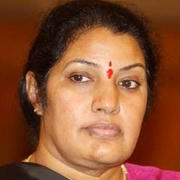