Kaki Hunter (born Katherine Susan Hunter; November 6, 1955) is an American actress, architect, and writer, perhaps best known for her role in the trilogy of Porky's films in the 1980s.

Hunter was born in Topanga Canyon, California. She received accolades for her second ever role, as one of the three sisters in the 1977 West German film Der Mädchenkrieg (Maiden's War). Her performance earned the gold award for Best Young Actress from Germany's Deutscher Filmpreis, and the award for Best Actress at Spain's San Sebastián International Film Festival.

Hunter also appeared in guest roles on television, including the 1979 episode "The Execution File" of the television series Hawaii Five-O, the 1982 episode "Weekend" on the anthology series American Playhouse, and the 1991 episode "Writer Wrong" of the series Tropical Heat, her last role before retiring from acting.

Hunter received her greatest attention for the role of Wendy Williams, the female lead among the group of high schoolers in the 1981 hit film Porky's, returning to the role in Porky's II: The Next Day (1983) and Porky's Revenge! (1985).

After she retired from acting, Hunter became a teacher of white water rafting in Utah. She is the author of the how-to book Earthbag Building. 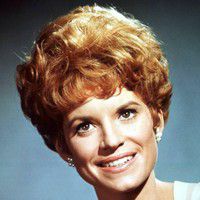