Kaisa-Leena Mäkäräinen (born 11 January 1983) is a Finnish biathlete, who currently competes for Kontiolahden Urheilijat. Outside of sports, Mäkäräinen is currently studying to be a Physics teacher at the University of Eastern Finland in Joensuu. Her team coach is Jonne Kähkönen, while Jarmo Punkkinen is her ski coach and Asko Nuutinen her shooting coach. Her best season so far has been the 2010-11 Biathlon World Cup. She made a strong start at the opening event in Östersund, where Mäkäräinen won her first ever World Cup victory in the sprint. Two days later she repeated her success by winning the pursuit, too. She showed her strong early-season form again in Hochfilzen and Pokljuka by reaching the podium in every single event.

Despite her not-so-good performance in the individual competition and being tied for the overall lead by Helena Ekholm, Mäkäräinen managed to stay on top of the Overall World Cup classification until the very end of the season. In Holmenkollen she grabbed both the Overall and the Pursuit Titles. She was subsequently named the 2011 Finnish Sports Personality of the Year.

Mäkäräinen has also competed in the FIS Cross-Country World Cup, and she finished 14th in the 10km freestyle event at the 2013 Nordic Skiing World Championships. She was also the 2013 Finnish national champion in the same event.

a. 1 2 During Olympic seasons competitions are only held for those events not included in the Olympic program.

a. 1 Until 2009–10 season, IBU did not count an athlete's three worst races in overall World Cup scores. In 2010–11 season, all races were included in World Cup scores. Starting from 2011–12 season, the two worst results have been eliminated again. So the points in the "Points" column is represented after deduction, except 2010–11 season.
b. 1 2 3 4 Until 2009–10 season it was required to leave out the result of the worst discipline race for the final result of discipline world cup (if there were four discipline races or more during the season), so the points in the "Points" columns for those seasons is represented after deduction of the result of the worst discipline race.

a. 1 Includes mixed relay and single mixed relay, the event involves one male and one female biathlete each completing two legs consisting of one prone and one standing shoot.
b. 1 Until 2007–08 season, top-30 were awarded with World Cup points and biathlete got 50 points for the win. Starting from 2008–09 season another points system is applied in World Cup, top-40 are awarded with World Cup points and winner got 60 points. Results in "Points" row is represented according to the applied scoring system in corresponding season.
c. 1 Disqualified (DSQ).
d. 1 Did not finish the race (DNF).

* Results in all IBU World Cup races, Olympics and World Championships including relay events and disqualified races. Statistics as of 15 January 2017.

In the summer of 2007, Mäkäräinen won the world championship in roller-ski biathlon at Otepää in both the 7.5 km sprint and the 10 km pursuit. 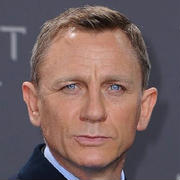