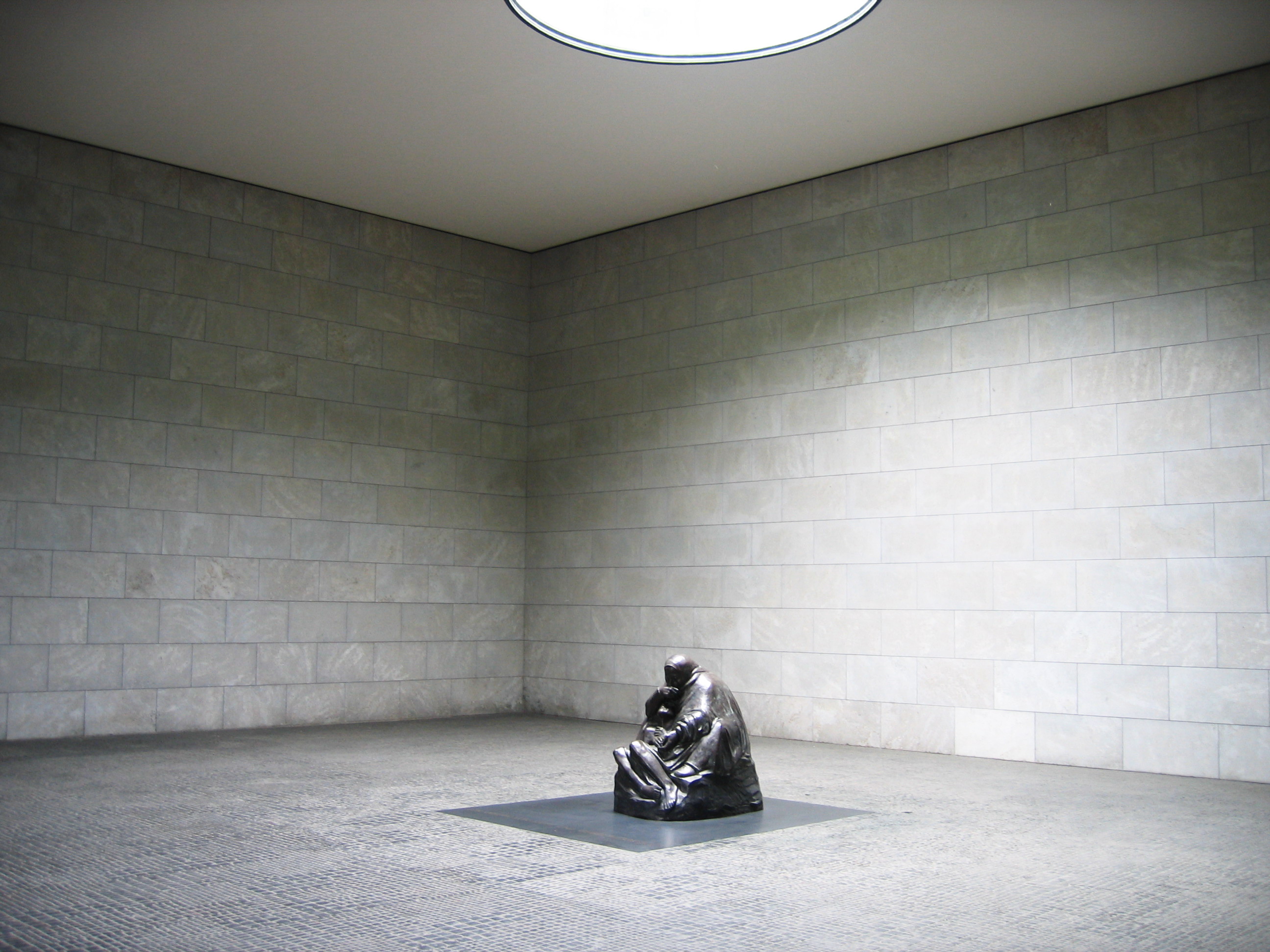 Käthe (Schmidt) Kollwitz (German pronunciation: [kɛːtə kɔlvɪt͡s]), (8 July 1867 – 22 April 1945) was a German artist, who worked with drawing, etching, lithography, woodcuts, painting, printmaking, and sculpture. Her most famous art cycles, including The Weavers and The Peasant War, depict the effects of poverty, hunger, and war on the working class. Despite the realism of her early works, her art is now more closely associated with Expressionism. Kollwitz was the first woman elected to the Prussian Academy of Arts.

Kollwitz was born in Königsberg (now Kaliningrad, Russia), East Prussia, the fifth child in her family. Her father, Karl Schmidt, was a radical Social democrat who became a mason and house builder. Her mother, Katherina Schmidt, was the daughter of Julius Rupp, a Lutheran pastor who was expelled from the official Evangelical State Church in Prussia and founded an independent congregation. Her education was greatly influenced by her grandfather's lessons in religion and socialism.

Recognizing her talent, Kollwitz's father arranged for her to begin lessons in drawing and copying plaster casts when she was twelve. At sixteen she began making drawings of working people, the sailors and peasants she saw in her father's offices. Wishing to continue her studies at a time when no colleges or academies were open to young women, Kollwitz enrolled in an art school for women in Berlin. There she studied with Karl Stauffer-Bern, a friend of the artist Max Klinger. The etchings of Klinger, their technique and social concerns, were an inspiration to Kollwitz.

At the age of seventeen, Kollwitz became engaged to Karl Kollwitz, a medical student. In 1888, she went to Munich to study at the Women's Art School, where she realized her strength was not as a painter, but a draughtsman. In 1890, she returned to Königsberg, rented her first studio, and continued to draw pained labourers working.

In 1891, Kollwitz married Karl, by this time a doctor, who tended to the poor in Berlin, where the couple moved into the large apartment that would be Kollwitz's home until it was destroyed in World War II. The proximity of her husband's practice proved invaluable:

"The motifs I was able to select from this milieu (the workers' lives) offered me, in a simple and forthright way, what I discovered to be beautiful.... People from the bourgeois sphere were altogether without appeal or interest. All middle-class life seemed pedantic to me. On the other hand, I felt the proletariat had guts. It was not until much later...when I got to know the women who would come to my husband for help, and incidentally also to me, that I was powerfully moved by the fate of the proletariat and everything connected with its way of life.... But what I would like to emphasize once more is that compassion and commiseration were at first of very little importance in attracting me to the representation of proletarian life; what mattered was simply that I found it beautiful." It is believed Kollwitz suffered anxiety during her childhood due to the death of her siblings, including the early death of her younger brother, Benjamin. More recent research suggests that Kollwitz may have suffered from a childhood neurological disorder called Alice in Wonderland syndrome, commonly associated with migraines and sensory hallucinations.

Between the births of her sons – Hans in 1892 and Peter in 1896 – Kollwitz saw a performance of Gerhart Hauptmann's The Weavers, which dramatized the oppression of the Silesian weavers in Langenbielau and their failed revolt in 1844. Inspired, the artist ceased work on a series of etchings she had intended to illustrate Émile Zola's Germinal, and produced a cycle of six works on the weavers theme, three lithographs (Poverty, Death, and Conspiracy) and three etchings with aquatint and sandpaper (March of the Weavers, Riot, and The End). Not a literal illustration of the drama, the works were a free and naturalistic expression of the workers' misery, hope, courage, and, eventually, doom.

The cycle was exhibited publicly in 1898 to wide acclaim. But when Adolf Menzel nominated her work for the gold medal of the Große Deutsche Kunstausstellung in Berlin, Kaiser Wilhelm II withheld his approval. Nevertheless, The Weavers became Kollwitz' most widely acclaimed work.

Kollwitz's second major cycle of works was the Peasant War, which, subject to many preliminary drawings and discarded ideas in lithography, occupied her from 1902 to 1908. The German Peasants' War was a violent revolution which took place in Southern Germany in the early years of the Reformation, beginning in 1525; peasants who had been treated as slaves took arms against feudal lords and the church. As was The Weavers, this subject, too, might have been suggested by a Hauptmann drama, Florian Geyer. However, the initial source of Kollwitz's interest dated to her youth, when she and her brother Konrad playfully imagined themselves as barricade fighters in a revolution. The artist identified with the character of Black Anna, a woman cited as a protagonist in the uprising. When completed, the Peasant War consisted of pieces in etching, aquatint, and soft ground: Plowing, Raped, Sharpening the Scythe, Arming in the Vault, Outbreak, After the Battle (which, eerily premonitory, features a mother searching through corpses in the night, looking for her son), and The Prisoners. In all, the works were technically more impressive than those of The Weavers, owing to their greater size and dramatic command of light and shadow. They are Kollwitz's highest achievements as an etcher.

While working on Peasant War, Kollwitz twice visited Paris, and enrolled in classes at the Académie Julian in order to learn how to sculpt. The etching Outbreak was awarded the Villa Romana prize, which provided for a year's stay, in 1907, in a studio in Florence. Although Kollwitz did no work, she later recalled the impact of early Renaissance art.

Modernism and World War I

After her return, Kollwitz continued to exhibit her work, but was impressed by the work of younger compatriots—the Expressionists and (following the war) the Bauhaus—and resolved to simplify her means of expression. Subsequent works such as Runover, 1910, and Self-Portrait, 1912, show this new direction. She also continued to work on sculpture.

Kollwitz lost her younger son, Peter, on the battlefield in World War I in October 1914, prompting a prolonged depression. By the end of the year she had made drawings for a monument to Peter and his fallen comrades; she destroyed the monument in 1919 and began again in 1925. The memorial, titled The Grieving Parents, was finally completed and placed in the Belgian cemetery of Roggevelde in 1932. Later, when Peter's grave was moved to the nearby Vladslo German war cemetery, the statues were also moved.

In 1917, on her 50th birthday, the galleries of Paul Cassirer provided a retrospective exhibition of one hundred and fifty drawings by Kollwitz.

Kollwitz was a committed socialist and pacifist, who was eventually attracted to communism; her political and social sympathies found expression in the "memorial sheet for Karl Liebknecht" and in her involvement with the Arbeitsrat für Kunst, a part of the Social Democratic Party government in the first few weeks after the war. As the war wound down and a nationalistic appeal was made for old men and children to join the fighting, Kollwitz implored in a published statement:

"There has been enough of dying! Let not another man fall!"

While working on the sheet for Karl Liebknecht, she found etching insufficient for expressing monumental ideas. After viewing woodcuts by Ernst Barlach at the Secession exhibitions, she completed the Liebknecht sheet in the new medium and made about 30 woodcuts by 1926.

In 1920 Kollwitz was elected a member of the Prussian Academy of Arts, the first woman to be so honored. Membership entailed a regular income, a large studio, and a full professorship.

In the years after World War I, her reaction to the war found a continuous outlet. In 1922–23 she produced the cycle War in woodcut form, including the works The Sacrifice, The Volunteers, The Parents, The Widow I, The Widow II, The Mothers, and The People. In 1924 she finished her three most famous posters: Germany's Children Starving, Bread, and Never Again War. The interior of Neue Wache in Berlin, with Käthe Kollwitz's sculpture Mother with her Dead Son – centerpiece of what is today a memorial to "victims of war and dictatorship."

In 1933, after the establishment of the National-Socialist regime, the Nazi Party authorities forced her to resign her place on the faculty of the Akademie der Künste following her support of the Dringender Appell. Her work was removed from museums. Although she was banned from exhibiting, one of her "mother and child" pieces was used by the Nazis for propaganda.

Working now in a smaller studio, in the mid-1930s she completed her last major cycle of lithographs, Death, which consisted of eight stones: Woman Welcoming Death, Death with Girl in Lap, Death Reaches for a Group of Children, Death Struggles with a Woman, Death on the Highway, Death as a Friend, Death in the Water, and The Call of Death.

In July 1936, she and her husband were visited by the Gestapo, who threatened her with arrest and deportation to a Nazi concentration camp; they resolved to commit suicide if such a prospect became inevitable. However, Kollwitz was by now a figure of international note, and no further action was taken.

On her 70th birthday, she "received over 150 telegrams from leading personalities of the art world," as well as offers to house her in the United States, which she declined for fear of provoking reprisals against her family.

She outlived her husband (who died from an illness in 1940) and her grandson Peter, who died in action in World War II two years later.

She was evacuated from Berlin in 1943. Later that year, her house was bombed and many drawings, prints, and documents were lost. She moved first to Nordhausen, then to Moritzburg, a town near Dresden, where she lived her final months as a guest of Prince Ernst Heinrich of Saxony. Kollwitz died just 16 days before the end of the war.

Kollwitz made a total of 275 prints, in etching, woodcut and lithography. Virtually the only portraits she made during her life were images of herself, of which there are at least fifty. These self-portraits constitute a lifelong honest self-appraisal; "they are psychological milestones".

Her silent lines penetrate the marrow like a cry of pain; such a cry was never heard among the Greeks and Romans.

Dore Hoyer and what had been Mary Wigman's dance school created Dances for Käthe Kollwitz. The dance was performed in Dresden in 1946. Käthe Kollwitz is a subject within William T. Vollmann's Europe Central, a 2005 National Book Award winner for fiction. In the book, Vollmann describes the lives of those touched by the fighting and events surrounding World War II in Germany and the Soviet Union. Her chapter is entitled "Woman with Dead Child", after her sculpture of the same name.

An enlarged version of a similar Kollwitz sculpture, Mother with her Dead Son, was placed in 1993 at the center of Neue Wache in Berlin, which serves as a monument to "the Victims of War and Tyranny".

More than 40 German schools are named after Kollwitz.

Four museums, in Berlin, Cologne and Moritzburg, and the Käthe Kollwitz Museum in Koekelare are dedicated solely to her work. The Käthe Kollwitz Prize, established in 1960, is named after her.

Kollwitz is one of the 14 main characters of the series 14 - Diaries of the Great War. She is played by actress Christina Große. 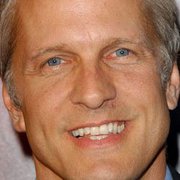