Kabir Bedi (born 16 January 1946) is an Indian television and film actor. His career has spanned three continents including India, the United States and many European countries in three media: film, television and theatre. He is noted for his role as Emperor Shah Jahan in Taj Mahal: An Eternal Love Story. He is best known in Europe for playing the pirate Sandokan in the popular TV mini series and for his role as the villainous Gobinda in the 1983 James Bond film Octopussy. He is popular in Italy and is fluent in Italian. Kabir Bedi is based in India and lives in Mumbai.

Bedi was one of three children born into a Sikh family that had devoted itself to India's fight for independence from British colonial rule. His father, Baba Pyare Lal Singh Bedi, a Punjabi Sikh, was an author and philosopher. His mother, Freda Bedi was a British woman born in Derby, England, who became famous as the first Western woman to take ordination in Tibetan Buddhism. Kabir Bedi did his schooling at Sherwood College, Nainital, Uttarakhand and graduation from St. Stephen's College, Delhi.

Bedi married four times and had three children, Pooja, Siddharth (deceased) and Adam. He was married to Protima Bedi, an Odissi dancer. Their daughter Pooja Bedi is a magazine/newspaper columnist. Their son, Siddharth, who went to Carnegie Mellon University in the USA, was diagnosed shortly thereafter with schizophrenia and committed suicide in 1997 at the age of 26.

As his marriage with Protima began to break down he famously started a relationship with Parveen Babi. They never married. He later married British-born fashion designer Susan Humphreys. Their son, Adam Bedi is an international model who made his Hindi Film debut with the thriller, Hello? Kaun Hai!. This marriage ended in divorce.

In the early 1990s, Bedi married TV and radio presenter Nikki Bedi. They had no children and divorced in 2005. After that, Kabir Bedi has been in a relationship with British-born Parveen Dusanj.

Kabir Bedi supports the anti-Government struggle in Myanmar, and is an official ambassador of the Burma Campaign UK. He is also the Brand Ambassador for Rotary International South Asia for their Teach Programme and the Total Literacy Mission in India and South Asia.

Kabir Bedi began his career in Indian theatre and then moved on to Hindi films. Bedi remains one of the first international actors from India who started out in Hindi films, worked in Hollywood films and became a star in Europe..

As a stage actor, Kabir has performed Shakespeare's Othello as well as portrayed a historical Indian king, Tughlaq; and a self-destructive alcoholic in The Vultures. In London he also starred in The Far Pavilions, the West End musical adaptation of M. M. Kaye's novel, at the Shaftesbury Theatre. In 2011 Kabir played Emperor Shah Jahan, in 'Taj', a play written by John Murrell, a Canadian playwright for the Luminato Festival in Toronto. In 2013, this play was recommissioned and went on an 8-week multi-city tour of Canada.

In the James Bond film Octopussy, he played the villain's aide Gobinda who battled Roger Moore from start to finish.

Kabir played roles in Columbia Pictures' The Beast of War, a film on the Russian war in Afghanistan, directed by Kevin Reynolds, as well as the acclaimed Italian film Andata Ritorno, by Marco Ponti, winner of the David di Donatello Award. In 2017, he acted in a Telugu historical movie Gautamiputra Satakarni, as Nahapana, an important ruler of the Western Kshatrapas.

Kabir has appeared on American television, in Hallmark's African epic Forbidden Territory, and Ken Follett's On Wings of Eagles and also Red Eagle. He played Friar Sands in The Lost Empire, for NBC. Kabir also acted in Dynasty, Murder, She Wrote, Magnum, P.I., Hunter, Knight Rider and Highlander: The Series.

In Europe, his greatest success was Sandokan, the saga of a romantic Asian pirate during British colonial times; an Italian-German-French TV series which broke viewership records across Europe. Kabir recently starred in a prime-time Italian television series, Un Medico in Famiglia, on RAI TV.

For over a year, Kabir starred in The Bold and the Beautiful, the second most-watched television show in the world, seen by over a billion people in 149 countries.

He had his own cinematic talk show on Indian TV, "Director's Cut", a 13-part special series interviewing the country's leading directors. His success on television continued in 2013 with award-winning prime-time shows “Guns and Glory: The Indian Soldier” & “Vandemataram”, for India’s news channels - Headlines Today & Aaj Tak. Kabir Bedi after receiving his knighthood.

In 2007 he starred in "Chat", a radio show aired by RAI Radio2, in the role of Sandokan. In 2012, he did a series of Radio One programmes titled, 'Women of Gold' and 'Men of Steel' in honour of industry champions in India.

Kabir Bedi is a regular contributor to Indian publications including the Times of India and Tehelka on political and social issues affecting the country. He is also seen debating such topics on Indian national television.

In February 2017, Bedi was announced as the new 'brand ambassador' for international development organisation, Sightsavers, saying on his appointment, "Today there is immense awareness and attempt towards eye health and care in India and Sightsavers have shown way to people at large in the country with their achievements in the area of eye care."

He has won numerous film, advertising and popularity awards across Europe and India. 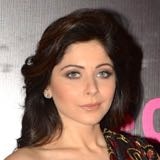 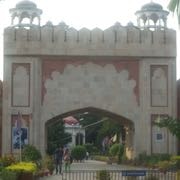 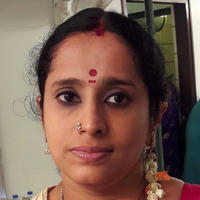 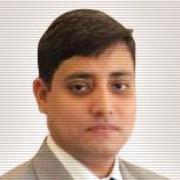