Jutta Müller (born Jutta Lötzsch, 13 December 1928) is a German former figure skater and one of the most successful figure skating coaches worldwide.

Jutta Lötzsch was born to Marie Lötzsch (née Prusky) and Emil Lötzsch, the 1930 Saxony champion in wrestling. Her first marriage was to Wolfgang Seyfert. They had a daughter, Gabriele Seyfert, before divorcing. Her second husband was Bringfried Müller, an East German soccer player. In 1949, Müller won the East German Championships in women's pair skating with partner Irene Salzmann. This category was created due to the lack of men in Germany after World War II. In 1953, she won the ladies' singles bronze medal at the East German nationals.

After World War II, Müller became a teacher of German and sports. In 1946, she became a member of the SED, the former East German communist party. She studied at the Deutsche Hochschule für Körperkultur in Leipzig and in 1955 she began coaching figure skating.

In 2004, Müller was admitted into the World Figure Skating Hall of Fame. 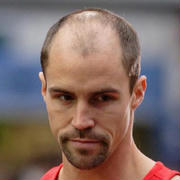