Justise Jon Winslow (born March 26, 1996) is an American professional basketball player for the Miami Heat of the National Basketball Association (NBA). He played small forward for the 2015 NCAA champion Duke Blue Devils before being drafted by the Miami Heat.

Winslow was a four-year starter at St. John's School in Houston, Texas. He started and ended his career at St. John's with league championships. He was the 2013 Gatorade Texas Player of the Year and averaged 27.5 points, 13.6 rebounds, 3.5 assists, 2.1 blocks and 1.8 steals per game as a senior in 2013–14. Winslow was selected as a McDonald's All-American in 2014.

Winslow averaged 14 points and five rebounds in his first five games in a Duke uniform. Duke coach Mike Krzyzewski compared Winslow's game to that of former Duke stars Tommy Amaker and Grant Hill. On February 9, 2015, Winslow was named ACC Freshman of the Week, and later earned honorable mention All-ACC honors. In the NCAA tournament, Winslow averaged 14.3 points and 9.3 rebounds per game en route to a national championship. He played in 39 games for Duke as a freshman, averaging 12.6 points, 6.5 rebounds, 2.1 assists and 1.3 steals in 29.1 minutes per game.

In April 2015, Winslow declared for the NBA draft, forgoing his final three years of collegiate eligibility. On June 26, 2015, Winslow was selected by the Miami Heat with the 10th overall pick in the 2015 NBA draft. On July 3, 2015, he signed his rookie scale contract with the Heat. He made his debut for the Heat in the team's season opener against the Charlotte Hornets on October 28, recording five points and seven rebounds off the bench in a 104–94 win. On November 6, he had a then season-best game with 13 points and eight rebounds in a loss to the Indiana Pacers. On January 11, 2016, he made his first career start, recording seven points and three rebounds in a loss to the Golden State Warriors. On February 22, he recorded a season-high 15 points, seven rebounds and four assists in 39 minutes off the bench in a 101–93 win over the Indiana Pacers. On March 14, he topped his season-high mark with 20 points in a 124–119 win over the Denver Nuggets. During his rookie year, coach Erik Spoelstra consistently called on Winslow to defend the most lethal attackers in the league, from LeBron James to James Harden, as he developed into a defensive stopper. At the season's end, he earned NBA All-Rookie Second Team honors.

Winslow started all nine games for the Heat to begin the season before missing the next 16 with a sore left wrist. On December 22, 2016, he had a season-best game with 23 points and 13 rebounds in a 115–107 win over the Los Angeles Lakers, as he set a career high for points and tied a career best in rebounds. On January 5, 2017, Winslow was ruled out for the rest of the season after undergoing surgery to repair a torn labrum in his right shoulder.

Winslow is the son of Robin Davis and Rickie Winslow. His father played for the University of Houston Cougars basketball team from 1983–87, where he was a member of the famed Phi Slama Jama team that included Hakeem Olajuwon and Clyde Drexler, and was selected 28th overall by the Chicago Bulls in the 1987 NBA draft. Winslow has three older brothers, Cedrick, Brandon and Josh; and an older sister, Bianca. His brother, Josh, plays football at Dartmouth, while sister, Bianca, is a basketball player at Houston. 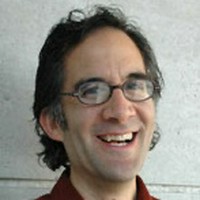