Justin Smith (born 16 December 1968) is an Australian journalist, broadcaster, writer and producer. He is the host of Macqaurie Weekly, a national radio program on the Macquarie Media network through 2GB Sydney, 3AW Melbourne, 4BC Brisbane and 6PR Perth. He's a columnist with Melbourne newspaper the Herald Sun, and appears on Sunrise (Australian TV program).

Smith started at 3AW in 2001 and worked on a number of programs before becoming a producer of the high rating talkback radio show, 3AW Mornings with Neil Mitchell. He was appointed the senior producer in 2002 and left that role at the end of 2013, to take up a prime-time on-air role at 2UE. He was also the alternate host for around five weeks per year when Mitchell took leave and he was regularly on-air with Mitchell providing his input.

Each week day Smith presented a preview of 3AW Mornings with Neil Mitchell on the 3AW program, Australia Overnight. In August 2013, Smith also contributed a weekly segment on 3AW's Breakfast with Ross and John show, consistently the highest rating radio program in Melbourne. The segment focused on current newsworthy events in Melbourne.

On Anzac Day in April 2013, Smith produced and presented a series of national radio broadcasts for the Fairfax Radio Network including the 'Tarin Kowt Dawn Service' in Afghanistan. As part of the preparation for this assignment, Smith, producer Tom Andronas and technician Stephen Beers were required to undergo a week's training to acclimatise with the conditions the troops experience. These broadcasts were relayed across Australia as a part of Australia's tribute to its war dead and wounded on what has become a most important national day for Australians, with huge numbers attending traditional dawn memorial services .

His last day at 3AW was 10 January 2014, when he finished his on-air summer fill-in role covering Neil Mitchell's program. Mitchell came on air to thank Smith for his work, saying, "All the best, I wanted to wish you well of course, obviously, and to thank you. We've had a very successful 11 years on air and you've been a huge part of that, you've made it happen".

Smith took over as the presenter in the 'Drive' time slot (3pm-6pm weekdays) on Sydney metropolitan station 2UE on 20 January 2014, until December 2015.

Smith is a writer and has been published in Fairfax media outlets including The Age newspaper and 3AW online.

Smith has won six Australian Commercial Radio Awards (ACRAs) as a writer, presenter and producer. They include:-

With the Neil Mitchell program, Smith was a part of winning four Melbourne Press Club Quill Awards and the 2013 Walkley Award for breaking the news of Ford closures, and the 2012 Community Service Award for a joint broadcast with gay community station Joy 94.9, focusing on the issues around depression rates in gay teenagers.

Smith is a member of the advisory board of the children's charity, tlc for kids, and a board member of the Australian Childhood Foundation.

In August 2013, Smith was publicly thanked by the Premier of Victoria, Denis Napthine, for helping to organise an on-air auction on 3AW that raised $170,000 to provide equipment for road trauma victims being treated at Melbourne's Alfred Hospital.

Smith is married to Merryn Kelly. Smith studied radio at the Australian Film, Television and Radio School (AFTRS) and Australian politics at the Charles Sturt University. 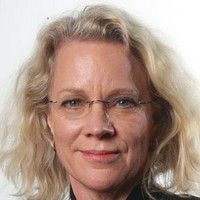