Justin Mayo (December 19, 1981) is an American humanitarian, youth activist and philanthropist. He is the Executive Director of the international charity Red Eye and founder of the Youth Mentor initiative. He is the son of Sam Mayo and international speaker and author Jeanne Mayo. He hails from the Mayos of the Mayo Clinic fame.

Mayo was born in Omaha, Nebraska and grew up outside of Chicago, Illinois. Later he moved to Sacramento, California. After completing University, Mayo moved to Sydney, Australia for 15 months.

He is in charge of TEDxWatts.

Mayo strives to "Treat everyone like the true VIP that they are. It doesn't matter if they are living in a penthouse in NYC or on the streets of Skid Row."

In 2015 Mayo moved to Skid Row which is amongst many that his charity serves. The loft he resides in is between the LA Mission, Downtown Women's Center and Downtown Mental Health Center.

"During the week he can be found at fashion shows, humanitarian events, red carpet socials, art shows, private screenings, venues and other means of nightlife."

The contents of this page are sourced from Wikipedia article on 10 Nov 2021. The contents are available under the CC BY-SA 4.0 license.
View Justin Mayo 's image gallery
Image Gallery 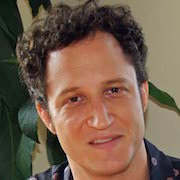