A native of Port St. Lucie, Florida, James was an unheralded basketball recruit out of high school, generating only one high-major offer from Mississippi State, before ultimately going to the University of Wyoming. He became a full-time contributor by his sophomore year and increased his scoring average each year. James led the Mountain West Conference in scoring during his final season at Wyoming, averaging 22.1 points per game as a senior, despite playing as a point guard, a position he does not normally play, because Wyoming needed James to have the ball as much as possible during a 8–24 season. He also led the Cowboys with 8.5 rebounds and 4.4 assists per game, and made second team All-Mountain West. James had a three-point field goal percentage of 33.7 percent during his college career. Despite his high scoring, James posted career-lows in field goal percentage (40.9 percent) and 3-point field goal percentage (29.6 percent) during his senior high, as well as 4.1 turnovers per game.

James finished his college career with 2,061 points, the third-highest in Mountain West history. He also participated in the Portsmouth Invitational Tournament, one of 64 seniors from around the country invited to the event.

James was selected by the Sacramento Kings in the second round of the 2019 NBA draft with the No. 40 overall pick, and is the first University of Wyoming player drafted since the Los Angeles Lakers selected Larry Nance Jr. in 2015. He was the Kings' first pick in the draft, as the team did not have a first-round selection. CBS Sports had ranked James as the 96th-best prospect heading into the draft, while The Sporting News and nbadraft.net had him unranked, and most mock drafts did not predict he would be picked. But Sacramento General Manager Vlade Divac said the team drafted him because they followed his college career and appreciated his passion and production: "We talked to everybody about his professionalism and his love for the game. We were so excited when we spent time with him in Sacramento." On July 10, 2019, the Sacramento Kings announced that they had signed James. On October 25, 2019, James made his debut in NBA, coming off from bench in a 112–122 loss to the Portland Trail Blazers with two points. He scored 30 points for the G League Stockton Kings in a win over the Iowa Wolves on January 11, 2020.

The contents of this page are sourced from Wikipedia article on 02 Mar 2020. The contents are available under the CC BY-SA 4.0 license.
View Justin James 's image gallery
Image Gallery 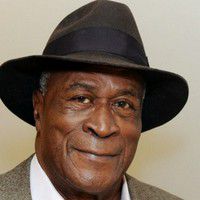