Juris Upītis (born June 16, 1991) is a Latvian ice hockey player. He was also a part of Latvian national junior team.

On October 30, 2011, due to injury of Jamie Lundmark Upītis was called to Dinamo Riga of the Kontinental Hockey League. On his debut against Metallurg Magnitogorsk he scored his first KHL goal, a second period equalizer, the regulation ended at 1-1. Dinamo won the game in shootout.

After spells with HK Kurbads in Latvia and MHC Martin in Slovakia, Upitis moved to the UK to sign for the Edinburgh Capitals in August 2017.

The contents of this page are sourced from Wikipedia article on 23 Jun 2020. The contents are available under the CC BY-SA 4.0 license.
comments so far.
Comments
From our partners
Sponsored
Reference sources
References
http://sports.delfi.lv/news/rigas_dinamo/news/rigas-dinamo-komanda-savainota-lundmarka-aizstasanai-no-farmkluba-izsaukusi-upiti.d?id=41452083
http://sports.delfi.lv/news/rigas_dinamo/news/debitanti-upitis-un-nieminens-nodrosina-rigas-dinamo-uzvaru.d?id=41515799
http://www.edcapitals.com/news/latvian-forward-juris-upitis-joins-the-capitals
http://www.eliteprospects.com/player.php?player=34667&lang=en
Trending today in 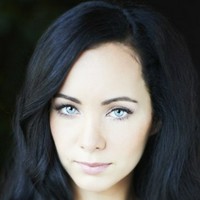