Juris Kalniņš (8 March 1938 – 9 February 2010) was a Soviet and Latvian basketball player. He played as a shooting guard and small forward. Kalniņš won a silver medal at the 1964 Summer Olympics. He won a bronze medal at the 1963 World Champs and a gold at the 1963 European Champs. 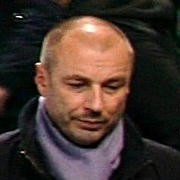