Julius Schiller (c. 1580 – 1627) was a lawyer from Augsburg, who like his fellow citizen and colleague Johann Bayer published a star atlas in celestial cartography.

The planets, sun and moon were also replaced by biblical figures.

Lucas Kilian was the artist who engraved the plates.

The star atlas was considered merely a curiosity and, in contrast to Bayer's Uranometria, did not gain wide acceptance.

The contents of this page are sourced from Wikipedia article on 09 Mar 2020. The contents are available under the CC BY-SA 4.0 license.
View Julius Schiller 's image gallery
Image Gallery 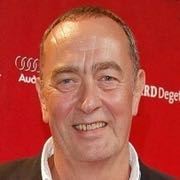