Julius Nättinen (born 14 January 1997) is a Finnish professional ice hockey forward who is currently playing with HC Ambrì-Piotta of the National League (NL). He was drafted by the Anaheim Ducks in the second round, 59th overall, in the 2015 NHL Entry Draft.

Nättinen played as a youth in his native Finland and made his Liiga debut playing a solitary game with JYP Jyväskylä during the 2013–14 season.

On 16 July 2015, Nättinen was signed to a three-year entry-level contract by the Anaheim Ducks. He left Finland after the draft to continue his development playing major junior hockey in the Ontario Hockey League (OHL) after he was selected by the Barrie Colts, 51st overall in the CHL Import Draft in 2015.

After his rookie season in the OHL with the Colts in the 2015–16 season and having scored 71 points in just 52 games, Nättinen was traded to the Windsor Spitfires on 26 June 2016.

In his first North American professional season, Nättinen was assigned to the Ducks' American Hockey League (AHL) affiliate, the San Diego Gulls, for the duration of the 2017–18 season. Unable to find his scoring touch, Nättinen produced just 4 goals in 55 games. Following the Ducks' 2018 training camp, Nättinen was among the first round of cuts and rather than return to the AHL, opted for a mutual release from his contract with the Ducks on 24 September 2018.

Following the termination of his NHL contract, Nättinen returned to his original Liiga club, JYP Jyväskylä, securing a three-year contract on 25 September 2018. Nättinen led Liiga with 33 goals scored in the 2019-20 season.

On July 3, 2020, Nättinen signed a one-year contract with HC Ambrì-Piotta of the National League (NL). 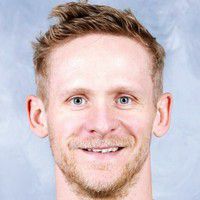