Julius Koch (1872 – 30 March 1902), also known as Le Geant Constantin, was one of seventeen people in medical history who have surpassed eight feet (244 cm) in height. He was a victim of the malady eunuchoidal-infantile gigantism (daddy-longlegs syndrome). His height, 245.9 centimeters, (8 feet, 0.8 inches) was estimated, as his legs were amputated after they developed gangrene. He was probably never the world's tallest person due to his life coinciding with that of John Rogan, who likewise suffered from gigantism. Koch's femurs were the longest on record - 76 centimeters (29.9 inches) - and his hands were 37.5 centimeters (14¾ inches) in length. His feet in some articles are claimed to have a length of 32 inches (81.3 cm).

Koch was the star of an early short film, The Giant Constantin, released in 1902. 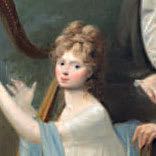