Back in the ’70s, Julio Gonzalez grew up with his best friend Marcellus. One day Julio walked into Marcellus’ uncle’s garage and saw what would change his life: “Marcellus had a turntable that he took out of his mom’s stereo thing,” he says, “a Radio Shack mixer and another whole opposite turntable with all these wires all connecting, all on his uncle’s pool table. Marcellus scratched ‘Sucker MC’s’ by Run-D.M.C. That was the first time I had ever seen that. I’ll never forget that: I wanted to be a DJ”. So Julio got his mom’s consola, one of those old-school Mexican stereos with an 8-track player, and began deejaying. “The first records I ever scratched were Javier Solís and Vicente Fernández” - straight ranchera music, the kind nobody would ever think of mixing. He would practice every morning before school when his mother went off to work.

Living in Lynwood got a little tough because it had a real gang situation, and soon Julio’s mother decided to move him to South Gate High. A Puerto Rican guy from New York lived on Julio’s block, and he’d get tapes of New York rappers like the Furious Four and the Treacherous Three. Julio listened, and soon got hooked on hip hop - and the only hip hop station in town, KDAY, 1580 AM. KDAY was the nation’s first rap station and it had a group of DJs called the Mixmasters. Not only was Tony G. the lone Latino DJ on KDAY, but, says Julio, he was “the best of the best”. “I wanted to be part of KDAY. I’d listen to Tony G., and I would tape the shit. I would try to duplicate what they were doing with my little turntable; that was my way of learning”.

At South Gate, Julio connected with brothers Mellow Man Ace and Sen Dog and their friend B-Real, then known as DVX (Devastating Vocal Xcellence). “I would DJ and they’d rap,” he says. They’d play at parties in South Gate, Bell, Maywood, all over Southeast L.A. (The buzz would later lead Mellow Man Ace to bust out solo with the hit “Mentírosa,” co-produced by Julio G. and Tony G). Party promoter and friend Luis Romo, whose brother had gone to school with Tony G., took Julio to KDAY. As Julio recalls, Luis introduced him to Tony G. like so: “My homeboy right here will fuck you up, Tony.” Julio was stunned. “I knew he was a legend. I was 17, so when I got on the turntables, I was really nervous. Then Tony got on the turntables and just fucked me up. That was my first lesson”. Tony and Julio clicked; Tony took Julio under his wing and showed him how to mark records and other DJ tricks.

In September 1986, a few months after he graduated from South Gate High, Julio became a KDAY Mixmaster, deejaying on Saturday nights and joining guys like Joe Cooley. Julio was now the only other Latino at KDAY. Deejaying with his idol, Tony G., he helped break hip-hop in Los Angeles.

Back in 1986, while Julio was deejaying in a Bell High School dance, he met Eazy-E and played “Boyz-N-The Hood”, before anyone knew what was about to hit the crowd. Julio and Tony G. co-produced Latin acts like Kid Frost and his hit “La Raza”. Eazy-E would later return the favor, “pulling me out of the woodwork,” says Julio. On July 4, 1994, at an event called Big Top Locos at the Olympic Auditorium, with headlining band Rage Against the Machine, Eazy and co-host Julio G. premiered their short-lived radio show, Ruthless Radio (which ran on 92.3 The BEAT).

Julio and Eazy became best of friends. “He spent his last year with us at the G-Spot [Tony and Julio’s studio] in El Monte,” Julio says. It was in the next few months that Eazy started feeling ill. “I remember he told me he was sick, but he always had bronchitis; it wasn’t like I could say, ‘He’s gonna die,’” says Julio, who held down the show while Eazy was in the hospital. “I remember his last words to me were, ‘Do what you gotta do, Julio.’” On March 26, 1995, at the age of 31, Eazy-E died of AIDS-related pneumonia. When he passed on, Julio did what he had to do and kept what became the Mixmaster show going, eventually changing the name and hosting Westside Radio on The BEAT. When the ownership of that station changed hands in 2001, he decided he was ready to quit. He returned a year after, he says, because “I had to keep it going. It’s what Eazy would have wanted”. “The reason I answer every call,” he says, “is that when Marcellus and I were calling this radio station trying to request ‘For Those Who Like To Groove’ by Ray Parker Jr., we’d be waiting to get through and it was busy. Finally we get through - ‘Yo man you got to play this song, you need to play this song, we’re trying to get it on tape’ — but the song never came on, even though it took us about three and a half hours to get through. So when I got on the radio I never forgot that. It was always something real personal to me. I always think there’s a kid who wants to get through”. “I have a responsibility, to make a change with music, to inspire Latino kids,” he says. “I’m really an activist for the community and KDAY. This is some independent shit — a community station, for the community.”

Julio G earned respect in the hip hop world and became an influential West Coast hip hop DJ since as part of the KDAY radio station on-air talent in Los Angeles, CA. Following KDAY, he was a DJ at 92.3 The Beat (which later moved to 100.3 before going defunct).

Julio G has worked with the likes of Snoop Dogg, Cypress Hill, Xzibit, and Soopafly. The track "Get Rich Or Die Tryin'" with Snoop Dogg debuted on DubCNN in December 2005. He also appeared in the videogame Grand Theft Auto: San Andreas as a DJ on the in-game radio station: Radio Los Santos, as well as lending his talents to the 2006 motion picture Waist Deep. 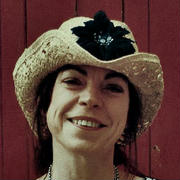 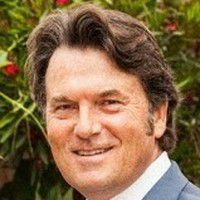 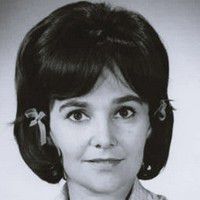