Giraldo represented "Tucanes" Colombia under 18 side through 2011-2013 gaining several caps. He was also at the time the first and only player formed in a club from the Caribbean coast to make it to the squad.

He joined Caporos Rugby club in Monteria-Colombia in 2011. Julio quickly gained selection at the first team despite his young age at the time. After few outstanding performances he was selected to Tucanes under-18 side (Colombia national team) from 2011 to 2013. In 2014 he was hoping to make it to the senior team but injuries prevented him to attend national team camps. He kept playing in his hometown club till the end of 2014.

Julio (19 years old) moved to United States Of America in February 9, 2015, where he joined Old Blue RFC. Despite having several performances in the D2 side he only was selected once for the first team. In summer 2015 he played rugby league for New York Knights in the USARL where he suffered his first major injury.

In September 2017 after two years in USA Giraldo traveled to France where the lack of contacts forced him to join Tec Electrogaz Rugby in Promotion honneur (7th division of France). After performances he had a trial at Clamart 92 where he was selected for the team and played in Federal 2 till May 2018.

In 2018 Giraldo went back to the states due to his new immigration status and re joined his two former clubs mentioned above. He did not compete constantly during the rest of 2018 due to personal reasons. In 2019 he committed 100% to his clubs and his career and gained a lot of first team action.

Fall season 2019 was one of Julio's best all time season, despite of having several injuries (pulled hamstring, bruised shoulder, clavicle fissure, bruised finger tendon) and not being recovered 100% he managed to performance at the top level.

In December 2019 Giraldo was offered a one-month trial by coach Greg McWilliams at the pro team Rugby United New York. in January he was asked to remain in the training squad for a month. After 60 days of intense training and two preseason games he was offered his first professional contract, becoming then the first Colombian player to make it to the MLR and the second player to play professionally in Colombia rugby history, as well as joining players such as Ben Foden, Mathie Basteraud, Dylan Fawsitt, Cathal Marshall, Harry Bennet, Nate Brakerly, Connor Wallace-Sims, and Paddy Ryan.

Giraldo made his professional rugby debut for Rugby United New York on February 9, 2020, in the first week of the MLR against New England Free Jacks in Las Vegas at Sam boyd stadium. He came in from the bench on the first half replacing injured fellow Trevor Cassidy. He played 43 minutes, attempting 8 tackles with a 100% finishing, also got 2 turnovers; with coaches and teammates calling it a decent performance.

The contents of this page are sourced from Wikipedia article on 20 Apr 2020. The contents are available under the CC BY-SA 4.0 license.
View Julio Cesar Giraldo 's image gallery
Image Gallery 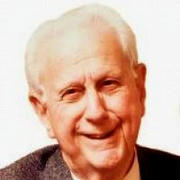