Julien Lepers (whose real name is Ronan Gerval Lepers) is a French television and radio presenter, and a singer-songwriter, born on (1949-08-12)12 August 1949 in Paris.

Son of the conductor Raymond Lepers and the singer Maria Rémusat, and grandson of the painter Claude Rémusat, Lepers was born in Paris but spent his childhood in Antibes, then in Saint-Dié-des-Vosges. He studied law at the University of Nice Sophia Antipolis, and became licenciate.

Career as a host

Lepers won a presenter contest organised by Jean-Pierre Foucault at the radio station RMC where he became a radio host, from 1973 to 1978. There, he was Mister Hit parade before moving to RTL.

He debuted as a television host in France in 1986, at the age of 35, on FR3 in La Nouvelle Affiche, and then in the breakfast television show Télématin on Antenne 2.

Since November 1988, Lepers has hosted Questions pour un champion, the French version of the game show Going for Gold. The show is on air to this day and is still a success.

As an autodidact pianist, keen on music, he is the composer of three of French singer Herbert Léonard's hits: Pour le plaisir in 1981, Amoureux fous (duet with Julie Pietri) in 1983, and Flagrant délit (which became a number-one hit in Quebec) in 1985. He also wrote many songs for Sylvie Vartan, Michel Delpech and Sheila.

In June 1996, he records an album with the Bratislava Symphonic Orchestra. In parallel to his television career, he is still following his musician career.

On 4 January 1994, Lepers, suspected of tax avoidance, was given a one-year suspended prison sentence as well as a fine of 150,000 French francs. As a consequence, French presenter Vincent Perrot replaced him at hosting Questions pour un champion during a few days.

On 15 April 2010, in Cyril Hanouna's show Touche pas à mon poste! aired on France 4, he said that the tax administrations did a mistake, went aware of this mistake, and reimbursed him soon after the sentence.

In 2009, Lepers played in a radio advertisement for Saint-Yorre, a brand of bottled mineral water.

In September 2010, in an interview with French newspaper Le Figaro, Lepers says he would enjoy being a news anchor for France 3.

I would enjoy to anchor a newscast. It would interest me, and reading a teleprompter is certainly not very difficult! But currently, I also like economy-themed programmes and, of course, music broadcasts. Incidentally, I keep going on tour in France in Belgium and in Switzerland with my orchestra, and composing songs.

In August 2011, Lepers was a jury member for the "Prix Iznogoud" award of the "Humour et Eau Salée" French comedy festival held in Saint-Georges-de-Didonne.

In November 2011, irritated by the misuses of the French language, Lepers publishes a book under the title Les fautes de Français ? Plus jamais ! (French mistakes? Never again!) in which he says:

Wrong notes tickle my ears. They annoy me. And language errors give me the same feeling as wrong notes.

Lepers is Michael Keaton's look-alike. · This resemblance to the American actor prompted a few sketches. ·

Lepers did several appearances in movies and series where he plays his own role. 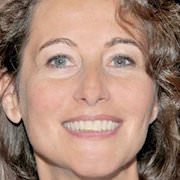 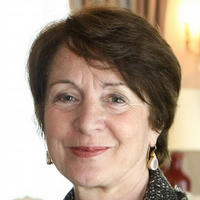