Julie Goldman founded Motto Pictures in 2009. She is an Emmy Award-winning producer and executive producer of documentary feature films.
Julie is producer of Life, Animated and executive producer of Weiner, both of which premiered at the 2016 Sundance Film Festival and won the Award for Best Directing and Grand Jury Prize, respectively. She also was the winner of the 2016 Amazon Studios Sundance Institute Producer’s Award. She is executive producer of 3 ½ Minutes, Ten Bullets and Best of Enemies both of which premiered at the 2015 Sundance Film Festival and were shortlisted for the 2016 Academy Award. Best of Enemies was released by Magnolia Pictures to critical acclaim and 3 ½ Minutes, Ten Bullets won a Special Jury Prize, was released by Participant Media and acquired by HBO for US broadcast. Julie produced Indian Point, which premiered at the 2015 Tribeca Film Festival and executive produced The Music of Strangers: Yo-Yo Ma and the Silk Road Ensemble, both to be theatrically released this spring 2016. She also executive produced The Kill Team and Art and Craft, both released by Oscilloscope and shortlisted for the 2015 Academy Award and 1971, which was released in 2015. Julie produced three films that premiered in the U.S. Documentary Competition at the 2013 Sundance Film Festival: Gideon’s Army, Manhunt and the Oscar shortlisted God Loves Uganda. She produced The Great Invisible, which won the SXSW Grand Jury Prize and was released by RADiUS TWC; We Are The Giant, which premiered at Sundance; A Place at the Table, which was released by Magnolia Pictures, and the Oscar shortlisted Ai Weiwei: Never Sorry. Julie produced Buck, winner of the Sundance Documentary Audience Award, shortlisted for an Academy Award and one of 2011’s top five grossing documentaries. She consulted on the Academy Award-winning The Cove and produced the Oscar shortlisted Sergio.
Some of Julie’s earlier films include: Easy Riders Raging Bulls, Cat Dancers, In The Shadow Of The Moon, Better The World,What Remains, Once In A Lifetime and Sketches Of Frank Gehry. 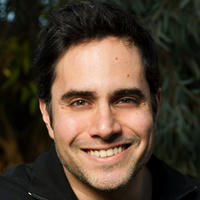