Julian Hammond (born May 27, 1943 in Chicago) is an American former professional basketball player.

A 6'5" forward, Hammond played at the University of Tulsa during the mid-1960s. He was among the first group of black basketball players at Tulsa. During the 1965-66 season, he led the NCAA in field goal percentage by making 65.9 percent of his shot attempts.

From 1967 to 1972, Hammond played in the American Basketball Association as a member of the Denver Rockets. He averaged 10.8 points and 6.2 rebounds per game.

The contents of this page are sourced from Wikipedia article on 06 May 2020. The contents are available under the CC BY-SA 4.0 license.
comments so far.
Comments
From our partners
Sponsored
Reference sources
References
https://www.basketball-reference.com/players/h/hammoju01.html
Trending today in 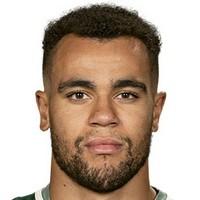