Julia Strudwick Tutwiler (August 15, 1841 – March 24, 1916) was an advocate for education and prison reform in Alabama. She served as co-principal of the Livingston Female Academy, and then the first (and only) woman president of Livingston Normal College (now the University of West Alabama). She was inducted into the Alabama Women's Hall of Fame in 1971.

Julia Tutwiler was born in Havana, Alabama to Julia (Ashe) Tutwiler and educator Henry Tutwiler on August 15, 1841. She grew up in the nearby community of Havana, where her father's Greene Springs School was located. She attended Vassar College, New York, for a semester in 1866. She furthered her education in Germany, France and at Washington and Lee University.

Tutwiler served with her uncle as co-president of Livingston State Normal School. She was the first (and only) female president of the college. After decades of expansion, it became the University of West Alabama. With her support, in 1892 ten Livingston-educated students became the first women admitted to the University of Alabama. She was called the "mother of co-education in Alabama".

She was a key figure in the creation of the Alabama Girls' Industrial School, in October 1896. This institution eventually evolved into the University of Montevallo.

Known as the "angel of the prisons," Tutwiler pushed for many reforms of the Alabama penal system. Most significantly, she fought to separate female prisoners from male ones and to separate juveniles from hardened adult criminals—resulting in the first Boys' Industrial School. In addition, she demanded better prison sanitation and helped institute educational and religious opportunities for prisoners. As a consequence of her advocacy, the Julia Tutwiler Prison for Women in Wetumpka, Alabama was named in her honor. For a period the Wetumpka State Penitentiary had been renamed after Tutwiler, prior to the opening of the current Tutwiler prison.

Tutwiler was known as a poet and wrote the lyrics for "Alabama", the state song, which was officially adopted in 1931. According to the Alabama Department of Archives and History, "The inspiration for writing the poem 'Alabama' came to Julia Tutwiler after she returned to her native state from Germany where she had been studying new educational methods for girls and women".

The Julia Tutwiler Prison for Women in Wetumpka, Alabama is named after her. In addition a large women's dormitory at the University of Alabama and a library at University of West Alabama bear her name.

When Judson College in Marion, Alabama, established the Alabama Women's Hall of Fame in 1970, Tutwiler was among the first group of inductees.

The contents of this page are sourced from Wikipedia article on 13 Feb 2020. The contents are available under the CC BY-SA 4.0 license.
View Julia Tutwiler 's image gallery
Image Gallery 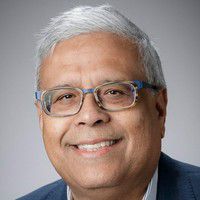