Gouw is a certified public accountant and a member of The Trusteeship, an affiliate of the International Women's Forum, an organization of preeminent women of achievement and influence in diverse professional fields.

Julia was born in Surabaya, Indonesia. Her father was originally from Bali, and her mother was from Banjarmasin. Gouw spend 18 years of her life in Surabaya with her family. Gouw graduated from SMA Santa Maria Surabaya, and soon after she graduated high school she moved to the United States in 1978 where she earned a bachelor's degree in Accounting from the University of Illinois at Urbana-Champaign. She Married Ken Keng-Hok Gouw, June 1, 1981.

Gouw served as Senior Audit Manager at KPMG where she managed a team of accountants that performed the financial and regulatory audits of financial institutions, real estate firms, and construction companies.

Gouw first joined East West Bank in 1989 as controller. Shortly thereafter, Gouw was appointed executive vice president and chief financial officer. She held this position until 2008, after which she became chief risk officer. Julia served as vice chairman of the board of directors through 2008 and was then appointed president and chief operating officer in 2009. She currently holds this position.

Board activity and awards

Gouw has been ranked among the "25 Most Powerful Women in Banking" five times by American Banker Magazine and has twice received the Los Angeles Business Journal's "Women Making a Difference" award. She has also been recognized in Los Angeles Business Journal's "L.A.'s Top Women in Finance". Gouw has been named Philanthropist of the Year by the National Association of Women Business Owners in Los Angeles. She has also been featured in the book Women Leaders at Work – Untold Tales of Women Achieving Their Ambitions alongside a select group of women founders and CEOs.

Nonprofit board and committee activity

Gouw served on the board of visitors of the David Geffen School of Medicine at UCLA, where she established an endowed chair for mood disorders research. She also served on the board of directors of The UCLA Foundation and is the founding chair of the executive women's advisory board for the Iris Cantor-UCLA Women's Health Center.

The contents of this page are sourced from Wikipedia article on 01 Jun 2020. The contents are available under the CC BY-SA 4.0 license.
comments so far.
Comments
From our partners
Sponsored
Reference sources
References
http://investing.businessweek.com/research/stocks/private/person.asp?personId=52982680&privcapId=4222857&previousCapId=6178865&previousTitle=PCM%20Fund%20Inc
http://www.americanbanker.com/women-in-banking/resource-center.html?id=1042515
https://www.nytimes.com/article_name.html
http://www.businesswire.com/news/home/20110103005964/en/Julia-S.-Gouw-Elected-Boards-Pacific-Mutual
https://www.reuters.com/article/2011/01/03/idUS146751+03-Jan-2011+BW20110103
http://broadscircle.com/files/July16_eventprogram.pdf
http://www.businesswire.com/news/home/20080415006745/en/East-West-Bancorp-Appoints-Thomas-J.-Tolda
http://www.americanbanker.com/magazine/116_1/-267400-1.html
Trending today in 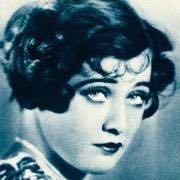