Apostoli was born in Moscow, the daughter of Russian football player and manager Sergei Salnikov. Her father was a member of the Soviet team which won the gold medal at the 1956 Summer Olympics and at club level he both played and managed FC Spartak Moscow.

She debuted for the Soviet Union Fed Cup team in the 1980 quarter-final loss to the United States, featuring in the doubles with Olga Zaitseva, a dead rubber which they lost to the Americans. Over the next two years she competed in all ties for the Soviet Union. In 1981 she played the opening rubber in each tie and won them all, over Denmark's Tine Scheuer-Larsen, Czechoslovakia's Renáta Tomanová and Britain's Virginia Wade, the latter in the Soviet Union's quarter-final loss. She extended her singles record to five wins from five matches in 1982 when she beat her Spanish and Peruvian opponents, also appearing in a live doubles rubber to win the second round tie against Peru. In the 1982 quarter-final she suffered her only singles loss, to Dianne Fromholtz, as the Soviet Union went down to Australia.

At the Friendship Games in 1984, Apostoli won a gold medal in women's doubles, as well as a bronze in the singles.

She rarely featured in international tennis for the remainder of the 1980s in order to concentrate on her studies, graduating with a journalism degree from Moscow State University in 1990.

Apostoli returned to tennis in 1990 under the flag of Greece, having taken up citizenship through her marriage to Greek tennis coach Apostolos Tsitsipas. She played on the WTA Tour until 1992.

Her eldest son, Stefanos Tsitsipas, competes on the professional tour.

The contents of this page are sourced from Wikipedia article on 12 Sep 2020. The contents are available under the CC BY-SA 4.0 license.
comments so far.
Comments
From our partners
Sponsored
Reference sources
References
http://www.agonasport.com/agonasport-allnews/interview-greeces-tennis-ace-stefanos-tsitsipas-aims-high
https://www.upi.com/Archives/1982/07/22/Julia-Salnikova-won-her-singles-match-and-then-teamed/7036396158400/
https://www.newspapers.com/newspage/122151288/
http://www.spaziotennis.com/interv/salnikova-julia-intervista-tsisipas-stefanos/33304
http://www.republicain-lorrain.fr/sports/2017/09/19/tennis-stefanos-tsitsipas-a-tout-pour-plaire
https://www.wtatennis.com/players/190172/julia-apostoli
https://www.itftennis.com/procircuit/players/player/profile.aspx?playerid=20001464
https://www.fedcup.com/en/players/player.aspx?id=800177412 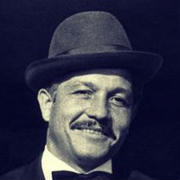