Jules Bernard Lasserre was a French cellist and performer of classical chamber music.

He studied music at the Conservatoire de Paris from 1852 to 1855, where Auguste Franchomme was his mentor. Lasserre won the first prize in violoncello at the Paris Conservatoire in 1855 and was solo violoncellist for Jules Pasdeloup's Concerts Populaires when they ﬁrst began to perform.

In 1859 he performed as solo violoncellist at the court of Madrid and gave concerts throughout France and Spain. He eventually settled in England in 1869, where he played at the Musical Union and become principal Violoncellist in Costa’s orchestra. He performed regularly with notable musicians of the time, including Leopold Auer and Paul Viardot.

In 1873, Camille Saint-Saëns dedicated his Allegro appassionato, Op 43, to Lasserre and orchestrated it in 1876. 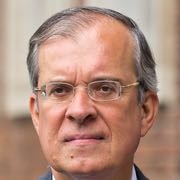