Born in Saint-François-du-Lac, Canada East, the son of Louis Allard and Marie-Anne Chapdelaine, Allard was educated at Nicolet College and the Université Laval in Montreal. A lawyer, he was called to the Quebec Bar in 1883 and was created a King's Counsel in 1906. He practice law in Montreal. He was mayor of Saint-François-du-Lac from 1895 to 1898.

His son, Félix Allard, was a Quebec politician. His daughter Marguerite married Aimé Boucher, a member of the Canadian House of Commons. 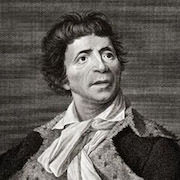