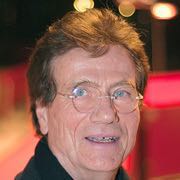 Jürgen Prochnow ([ˈjʏʁɡn̩ ˈpʁɔxnoː]  ; born 10 June 1941) is a German-born actor and voice actor. His best-known roles internationally have been as the good-hearted and sympathetic U-Boat captain in Das Boot (1981), Duke Leto Atreides in Dune (1984), the minor but important role of Kazakh dictator General Ivan Radek in Air Force One (1997), and the antagonist Maxwell Dent in Beverly Hills Cop II (1987).

Prochnow was born in Berlin and brought up in Düsseldorf, the son of an engineer. He studied acting at the Folkwang Hochschule in Essen. Thanks to his on-screen intensity and his fluency in English, he has become one of the most successful German actors in Hollywood. He portrayed Arnold Schwarzenegger in a film about the actor's political career in California, entitled See Arnold Run; coincidentally, Prochnow was one of the actors considered for the title role in The Terminator. He was the main antagonist in the Broken Lizard film Beerfest, which contains a submarine scene that references his role in Das Boot. He played a supporting character in the Wing Commander film, Cmdr. Paul Gerald. In addition, he dubbed Sylvester Stallone's voice in the German version of Rocky and Rocky II.

He was facially scarred following a stunt accident during the filming of Dune. One scene called for Prochnow (as Duke Leto) to be strapped to a black stretcher and drugged. During one take, a high-powered bulb positioned above Prochnow exploded due to heat, raining down molten glass. Remarkably, the actor was able to free himself from the stretcher, moments before glass fused itself to the place he had been strapped to. During the filming of the dream sequence, he had a special apparatus attached to his face so that green smoke (simulating poison gas) would emerge from his cheek when the Baron (Kenneth McMillan) scratched it. Although thoroughly tested, the smoke gave Prochnow first and second-degree burns on his cheek. This sequence appears on film in the released version.

In 1996, he was a member of the jury at the 46th Berlin International Film Festival.

In the early 1980s, Prochnow was in a relationship with Austrian actress Antonia Reininghaus who fatally poisoned their common seven-year-old daughter Johanna in 1987. In 1982, he married actor Jürgen Goslar's daughter Isabel Goslar, with whom he has two children: a daughter, Mona, and a son, Roman. The couple divorced in 1997. From 2004 until the divorce in 2014 he was married to Birgit Stein, a German screenwriter and actress. Stein died in August 2018 in a motorcycle accident in Utah. Since 2015, he has been married to actress Verena Wengler.

His elder brother Dieter Prochnow, born 1939, is also an actor. Together, the brothers appeared in The Man Inside where Jürgen played the leading role and Dieter a small supporting role.

Prochnow used to divide his time between Los Angeles and Munich. He received U.S. citizenship in 2004. In 2017 he announced that he had sold his house in California and would be moving to Berlin. 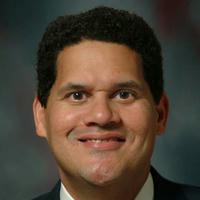 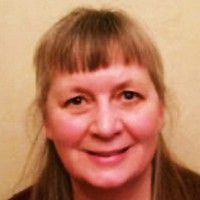