A university professor and former president of the Social Science Research Center Berlin (2001–2007), Kocka is a major figure in the new Social History, especially as represented by the Bielefeld School. He has focused his research on the history of employees in large German and American businesses, and on the history of European bourgeoisie. He gained his PhD from the Free University of Berlin in 1968.

From 1992 to 1996 Kocka was the founding director and is to date a Senior Fellow of the Centre for Contemporary History in Potsdam. Since 2008 he is vice president of the Berlin-Brandenburg Academy of Sciences and Humanities.

Inspired by the methods of Ernest Labrousse, he attempts to analyze social processes of German society from the perspective of modernisation, industrialization, and the creation of modern Europe.

Kocka was a leader of the Bielefeld School of the "new social history', and recalls how the historiographical movement introduced a vast range of new topics: In the 1960s and 1970s, "social history" caught the imagination of a young generation of historians. It became a central concept – and a rallying point – of historiographic revisionism. It meant many things at the same time. It gave priority to the study of particular kinds of phenomena, such as classes and movements, urbanization and industrialization, family and education, work and leisure, mobility, inequality, conflicts and revolutions. It stressed structures and processes over actors and events. It emphasized analytical approaches close to the social sciences rather than by the traditional methods of historical hermeneutics. Frequently social historians sympathized with the causes (as they saw them) of the little people, of the underdog, of popular movements, or of the working class. Social history was both demanded and rejected as a vigorous revisionist alternative to the more established ways of historiography, in which the reconstruction of politics and ideas, the history of events and hermeneutic methods traditionally dominated.

Kocka participated in the German Historikerstreit in the late 1980s, alongside Jürgen Habermas in opposition to Ernst Nolte, and supported the Sonderweg explanation of a unique path of German history. In an essay entitled "Hitler Should Not Be Repressed By Stalin and Pol Pot" first published in Die Zeit newspaper on 26 September 1986, Kocka contended against Nolte that the Holocaust was indeed a "singular" event because it had been committed by an advanced Western nation, and argued that Nolte's comparisons of the Holocaust with similar mass killings in Pol Pot's Cambodia, Joseph Stalin's Soviet Union, and Idi Amin's Uganda were invalid because of the backward nature of those societies. Kocka went on to criticize Nolte's view of the Holocaust as "a not altogether incomprehensible reaction to the prior threat of annihilation, as whose potential or real victims Hitler and the National Socialists allegedly were justified in seeing themselves". Kocka wrote that

"The real causes of anti-Semitism in Germany are to be found neither in Russia nor the World Jewish Congress. And how can one, in light of the facts, interpret the National Socialist annihilation of the Jews as a somewhat logical, if premature, means of defense against the threats of annihilation coming from the Soviet Union, with which Germany had made a pact in 1939, and which it then subsequently attacked? Here the sober historical inquiry into real historical connections, into causes, and consequences, and about real motives and their conditions would suffice to protect the writer and the reader from abstruse speculative interpretations. Nolte fails to ask such questions. If a past "that is capable of being agreed on" can be gained by intellectual gymnastics of this sort, then we should renounce it."

In response to the geographical theories of Michael Stürmer, Kocka argued that "Geography is not destiny" Kocka wrote that both Switzerland and Poland were also "lands in the middle", and yet neither country went in the same authoritarian direction as Germany 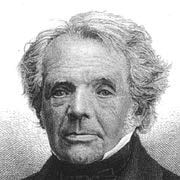 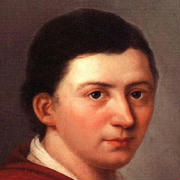 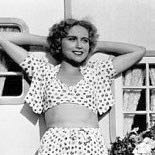